Android Isn't a Platform; It's a Meta-Platform

James Kendrick asks the question “Android: Is it even a real platform?” I respond with a solid “sort of” as I explain how Android has become a meta-platform*, a platform for other platforms.

The terms “operating system” and “platform” are often used interchangeably. In that respect, Android is most definitely a platform. However, a more nuanced and, what I believe, more precise perspective would be to think of operating system as software environment and platform as the overall computing environment. This includes software, such as UI and apps, but also encompasses hardware design, content, and everything else.

In this respect, Android does not resemble a single platform, but rather appears more as a platform upon which other platforms are built, a meta-platform. To support that view, I point to three key examples.** 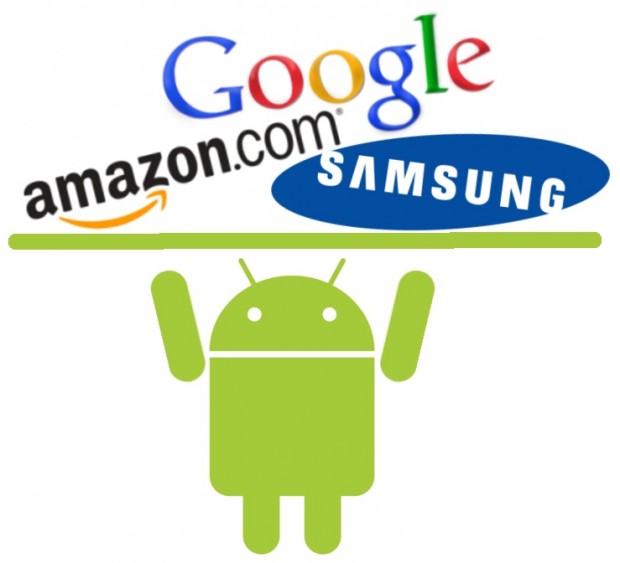 With its own app store and heavily customized UI, no aspects of Android are visible on the surface of the Kindle Fire, nor does Amazon even advertise it as an “Android tablet”. Combined with their own content system, Amazon has created an entirely separate platform on top of a foundation of the Android operating system. It is further separated by the intermingling with Amazon’s own Kindle platform, which exists independently of Android. Amazon’s clean break from what many consider the Android platform while still using the Android OS is a pure example of the meta-platform in action.

As independent as Amazon, Samsung has likewise developed a platform founded on the Android meta-platform. Their custom interface is applied to all their mobile devices, except the Google co-branded Galaxy Nexus, including those running on Samsung’s own bada OS. Even their recent updates to Android Ice Cream Sandwich are devoid of the stock ICS look in favor of Samsung’s signature look. Though not as developed as Amazon’s, Samsung has their own distribution system for content, such as apps and music, to span their consumer product line from handsets to TVs. Android is but one component in Samsung’s vast, cross-product platform.

Rather than being what many consider to be “real” Android, I believe “Google Experience” Android should be categorized as its own sub-platform of the Android meta-platform. Google recently bolstered this theory by consolidating their Android Market and content sources under the Google Play umbrella. No longer is there a single “Android Market” to buy apps or content. In its place, Google has established their own branded Google Play that competes against similar offerings, such as the Amazon and Samsung competitors I described.

Furthermore, this time next year, Motorola will be producing Android devices as part of Google. Though a “firewall” between the two has been promised, the fact is it would be highly redundant for Motorola to use services that aren’t Google’s. Motorola devices will undoubtedly support the Google Experience, further clarifying the distinction between Google’s platform and the Android meta-platform. The rumor of Google selling Nexus tablets online, if true, further supports this.

These three major sub-platforms and the many other lesser-known ones give the appearance of a fragmented Android environment. That view is certainly valid if you consider Android to be a single platform. Viewing it as a meta-platform, however, makes the fragmentation argument obsolete.

Instead of expecting cross-compatibility of apps across Android and being disappointed when they come up short (*cough* Temple Run *cough*), we should turn that view around. Each sub-platform has its own app distribution system, and we should absolutely expect Amazon apps to work on Amazon Android devices or Samsung apps to work on Samsung devices. But compatibility outside those sub-platforms should be seen as a perk, a sign of welcome unity within the meta-platform but not a necessity.

This approach will help consumers shop for apps within their own platform and help developers tailor their work for specific platforms rather than try (and fail) to support the broad meta-platform. If you want apps for your Samsung phone, shop for apps at Samsung’s store. If you want to develop specifically for Google Experience products, build for and distribute through Google Play. This would free developers to expand to other Android-based platforms at their own pace without the pressure of supporting them all under the threat of angry comments, low ratings, and bad publicity. Cross-compatibility will still be possible, but it should not be expected nor demanded.

Pressure then falls to the individual vendors to support their own Android-based platforms and assist with compatibility within them. Amazon, once they introduce more Kindle Fire models, will be held responsible if apps from their AppStore don’t work on every one of those models. Same goes for Samsung and Google. Vendors who do not want to develop their own platform will have to pick a side, such as Google Experience, and play by their rules. The current system offers no such accountability and folks are left wondering why two phones with similar specs from the same vendor can’t run the same game.

Likewise, Android vs. iOS is an overly simplified, imprecise look at mobile platform competition suited only for the boolean-minded, “us vs. them” crowd. iOS is a singular platform. Android is a meta-platform. Similar but not directly comparable. It is more precise to compare iOS or BlackBerry or Windows Phone against individual Android-based platforms, such as those offered by Amazon, Samsung and Google, and those Android-based platforms against each other.

The meta-platform view fixes this key problem of current Android vs. iOS buyer comparisons. There are too many different levels and variations within the Android environment to suggest flatly that a person buy an Android device over iOS without knowing the specific Android device. Dividing Android into sub-platforms doesn’t do away with that, but it does categorize it in a way people can understand and offer a generalized view of what kind of and how much software support they should expect. Android diehards already do this every time they recommend Nexus phones over others.

Of course, me calling Android a meta-platform has no impact on reality, but Google’s actions certainly do. While James Kendrick and others argue that Google needs to take control of the platform, Google has done the opposite. They’ve backed away from the Android brand in favor of their own branded service, Google Play. They’ve acquired a hardware vendor to support that platform. The line between Android and Google will soon be as clear as the line between Android and either Amazon or Samsung.

In a way, this is as it always should have been. Google didn’t launch Android as their own platform, but rather as part of an alliance, like NATO. In this analogy, Google is most definitely the United States, the most powerful and controlling member of the alliance, but still just one member among many. Like it or not, Android is a meta-platform.

* As much as I’d like to take credit for coining this concept, John Gruber mentioned it more than a year earlier. I came to the view independently of him, but still, credit where it’s due.

** Yeah, yeah, I already know there are like a dozen other examples that could have been added or used instead. Obviously it would have been impractical to list all of them, so I focused on the three making the biggest impact. If HTC gets bigger than Samsung, I’ll use them next time, okay?