A leaked version of the Android L Google Play Store shows a beautiful look for Google’s own Android apps that will come to many devices as the Android L release later this year.

The Android L release is the next major version of Android that will come sometime after Android 4.4.4. There is already an Android L beta that allows Nexus 5 and Nexus 7 owners to try this new version of Android and experience the new and improved look, but it does not include a new Android L Google Play Store.

The Android L release will bring a collection of new Google Apps, as shown on stage at Google I/O. This will match the look of stock Android apps to the new “Material Design” that is present in Android L. Forget about what Google calls it for a minute and focus on the new look that will arrive on Android later this year.

The Android L video above shows Material design in action across a variety of Google devices, and a new leak shows the Android L Google Play Store in all it’s redesigned glory. Even if you don’t particularly care about the Google Play Store, this is a sneak peek at the beautiful future of Android.

Android Police shares the Android L Google Play Store update that includes Material Design throughout the app. Compared to the current Google Play Store design this is vastly more appealing to look at, with better looking visuals and a card layout to put the information you need to know front and center. 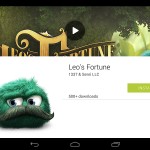 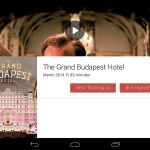 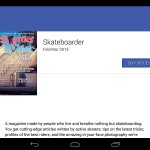 The Android L Google Play Store gallery above shows how this will look on a tablet like the Nexus 7 running Android L. The new design makes it easier to incorporate a video for an App preview in a prominent position and to deliver a cleaner and nicer overall look. Music and movie pages also take advantage of the new look, with more prominent Album art and trailers.

If you look at a movie in the current version of the Google Play Store you’ll immediately see how the trailer is squashed and white and grey take your attention off of the actual content. In the new Android L Google Play store the movie is the focus. The new design also includes fast access to overall ratings, movie genre and ratings from others, as shown at Google I/O. 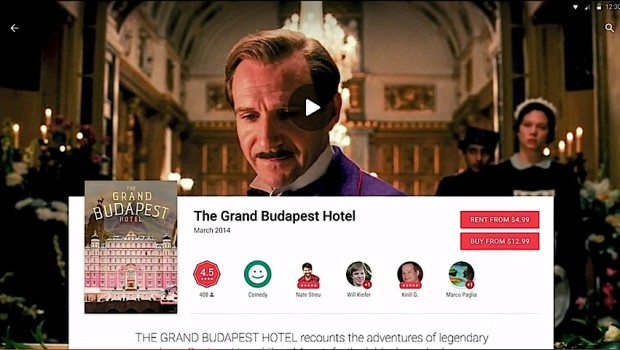 The leak also includes a number of screenshots showing the Android L Google Play Store on a smartphone screen, likely a Nexus 5. This design also puts an emphasis on app images and on music and videos, to showcase what users are looking for, instead of information that isn’t immediately important. There are more examples at Android Police. 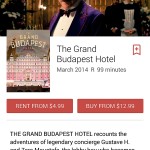 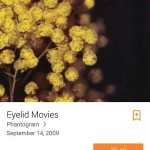 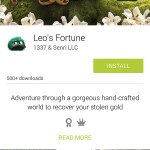 There is no official Android L release date at this time, nor is there an official name for Android L, which will arrive with a number and an official nickname of a sweet dessert or candy according to Google’s history. If you own a Nexus 5 or a Nexus 7 you can try the Android L beta right now, and there is even a port for the Nexus 4.

When Google delivers the official Android L Release expect to see redesigned versions of most official Google Apps. The Android L Gmail app and Google Map app were shown off on stage along with others, highlighting a more beautiful future for Android. Nexus devices will see this as Google intends, and we will likely see companies like Samsung and HTC continue to layer on top of Android L, which could lead to some interesting design choices.

After years of stacking features on Android, Google is focused on a better look for the design of Android L. This is similar to the iOS 7 update in 2013, which added a fresh new look to the iPhone and iPad. This year Apple takes a page from Google’s book with a collection of catch-up features in the iOS 8 update which will arrive this fall.