While Google’s Android mobile operating system–like a number of mobile OSes–are based on Linux, Android has forged on a separate path of its own. However, Android and Linux may come closer together now after having gone separate ways as the Android code has been readmitted to a staging area for inclusion the Linux kernel, the core Linux code maintained by project founder Linus Torvalds,’ according to a report by Wired.

More than two years ago, Android code was booted from the staging area because no one was actually working to get it merged into the kernel. But on Sunday, Torvalds released a new version of the kernel — version 3.3 — that returns some of this code to the staging area, and Linux developer Greg Kroah-Hartman tells Wired that a number of companies are now working to merge the Android code into the main Linux tree, including Linaro, an outfit that builds software from the ARM processors that run a vast majority of today’s smartphones. 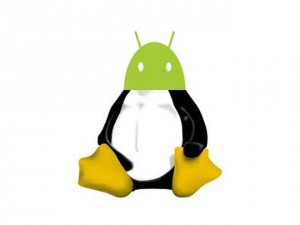 The move can be especially important for users, developers, and hardware manufacturers as it would allow any changes, especially where security is concerned, to the Linux code to be easily ported and pushed to Android quicker as the two divergent OSes come together. It’s unclear how this move will affect other Google projects that are speculated to debut with Android 5.0 Jelly Bean.

With Android 5.0 Jelly Bean, Google is speculated to be working on a desktop version of Android as well as a Lapdock-like accessory that will allow smartphone apps to scale up, for example, when docked to a laptop-like accessory or a a tablet, such as the case with Asus’s Padfone. Currently, Motorola, which uses Google’s Android OS on its phone, also adds its own Linux-based Webtop OS that will run when the phone is docked to a compatible accessory, such as an HDMI dock or a Lapdock, to give users more functionality than what Android traditionally offers. With Android coming closer to Linux, perhaps, in the future we may see a Lapdock/Webtop product from Google that will run Android apps on the phone and Linux apps when docked.

Developers like Ubuntu are already creating similar solutions to Motorola’s Webtop OS with their own Ubuntu OS powering larger screens when a phone is docked into a compatible accessory. Ubuntu’s solution will be targeted at device manufacturers for pre-bundling, rather than be made for end users.

Android and Linux have taken on separate paths and it’s unclear if it would even be possible for the two to come back together as Google had taken Android on a different direction. There is hope, though, that this could be possible thanks to the changes made in version 3.3:

According to Kroah-Hartman, only about 7,000 lines of Android code must be merged into the main code tree of the Linux kernel. These are “drivers” that interface with the underlying hardware. “This is half the size of your serial port driver, so it really isn’t much code at all,” he says. “For something like this, that is so useful to so many users of Linux, it should be in the kernel tree to help make future releases easier for us and the Android developers.”