When Google first started rolling out Android 5.0 Lollipop, it pushed it to select Nexus users including owners of the Nexus 7 and Nexus 10. Soon after, the update landed for the Nexus 5 and the Nexus 4. The company also rolled out small bug fixers to the Nexus 9 and the Nexus 6 to help shore up their software after launch.

Here’s everything you Nexus users need to know, right now, about Android Lollipop.

If you own a Nexus 6, Nexus 5, or Nexus 4, you should have received the Android 5.0 Lollipop update by now. Most Nexus smartphone users we’ve talked to have been bumped up to the latest version of Android 5.0 Lollipop and we’ve finally seen the updates hit our devices. So, at this point, the roll outs are either close to complete or are done. We’re leaning towards the latter given that we’re now about a month removed from the start of the roll outs.

If you haven’t gotten the update yet, we suggest contacting Google or performing a factory reset if you think the issues might be caused by ROMs or unofficial software. Those of you on stock should have no problems. You can also sideload the software and we’ve outlined the steps that you need to take in order to install the update manually.

Google’s forums are filled with Android 5.0 problems, big and small, and complaints include the usual issues with battery, random reboots primarily on the Nexus 5, charging issues, no sound coming from the Nexus 7 2012, various issues with Wi-Fi including problems with corporate Wi-Fi networks, and a whole lot more. This is just the tip of the iceberg and there are tons of complaints about Android 5.0 problems.

Some of these threads have potential fixes, some of them don’t. And with an Android 5.0.1 Lollipop update still MIA for many Nexus users, those dealing with problems will need to seek out advice and third-party fixes.

Google still hasn’t released Android 5.0 Lollipop for the Nexus 7 HSPA+ or Nexus 7 LTE. It’s not clear when those two updates, the final Nexus Android 5.0 updates, will roll out and there’s a very good chance that Google won’t say a thing. Instead, Nexus 7 users should expect the updates to roll out on a random day at a random time. 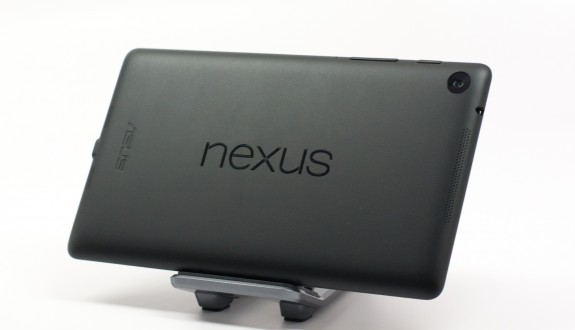 It’s also not clear if they will get Android 5.0 Lollipop or Android 5.0.1 Lollipop though we’d imagine that Google will outfit the devices with the latest version of Android 5.0, a version that contains vital bug fixes for the Nexus 7 and other Nexus tablets. That’s not confirmed but if Google reverted to Android 5.0, we’d be surprised. This could explain why the updates are taking so long. The certification process can be a pain.

The Android 5.0.1 Lollipop update, a small bug fixer aimed at alleviating some of Android 5.0’s more glaring issues, is currently rolling out to the Nexus 9, Nexus 10, and Nexus 7 2013 Wi-Fi.

The updates are still rolling out and they should roll out over the course of a two week window. We’re right around the week mark which means that a majority of updates should land soon if they haven’t already. Those interested in the Android 5.0.1 Lollipop would be wise to take a look at our release date tips. You won’t need to follow every single one but they should help you come out of the Android 5.0.1 release process unscathed.

If you own a Nexus 5, Nexus 4, Nexus 6, or a cellular version of the Nexus 7, it’s still not clear if you will be getting Android 5.0.1 Lollipop. Google hasn’t announced anything regarding Android 5.0.1 Lollipop so while it’s possible that the company has some other roll outs up its sleeve, there’s no guarantee. In the past, we’ve seen incremental updates hit select devices so if Google does keep it limited, it wouldn’t be too surprising.

One thing to keep in mind is that cellular models typically take a little bit longer when it comes to release dates. The Android 5.0.1 update is currently rolling out to Wi-Fi only devices and Wi-Fi devices only. So the window for an Android 5.0.1 update for cellular users is certainly still open. Just don’t expect Google to clarify ahead of time.

Surprise. Android 5.0.1 Lollipop, the bug fixer, evidently brings some issues of its own. They are as big as some of the system-wide problems that came with Android 5.0 Lollipop problems but they are problems nonetheless.