Earlier this year Google announced a few details about the all new Android Auto program aimed and delivering a version of the Android operating system in our vehicles. Essentially delivering the best car and mobile experience yet by having cars ship with Android Auto, and work seamlessly with our smartphones and tablets. Now though, it looks like they’ll take that even further with the Android M update.

Initial Android Auto news claimed that it would rely heavily on the Android L release, which was fully unveiled as Android 5.0 Lollipop back on October 15th, but there wasn’t as many changes to the auto side of things as many expected. However, a new report from Reuters suggests Android will take auto to the next level with the incoming Android M release.

With Android 5.0 still brand new, in its infancy, and slowly being pushed to multiple smartphones and tablets over the past few weeks, it’s hard to start talking about and already getting excited for the next release, but the hype has already begun. Read on for more details about Android M, and Android Auto.

The video shown above was the initial teaser shown off by Google featuring Android Auto, but this was shown off back when the company was busy teasing the Android L release, before it even arrived. Meaning it’s safe to say there will be a lot of changes and a much different Android Auto feel when it fully arrives next year.

This week Reuters has a full report from honorable sources that had a lot to say about the Android M release, which will replace Android 5.0 Lollipop, as well as Android Auto. Their sources went as far as to say Android Auto wouldn’t be an aspect of the connectivity, navigation, and multimedia aspect of our cars or trucks, but the entire thing.

The report suggests that “in a year or so” as Google now does a major release of Android each year, a new version of Android which is for now being called the “M release” will arrive and be heavily focused on auto. It won’t work alongside our cars infotainment systems, but replace it all together. 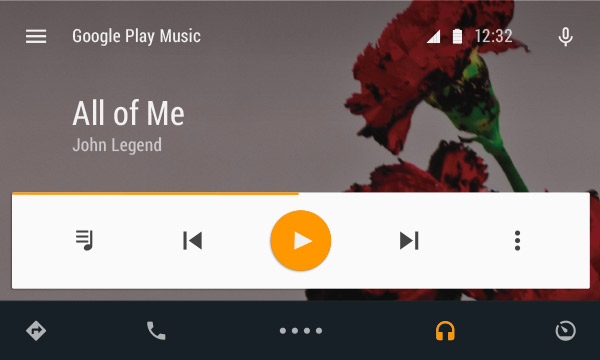 Early previews of Android Auto were shown off this summer, but these could end up being completely different once it all gets completely integrated into our vehicles next year.

Google’s Android Auto operating system aims to be a part of the car, not an add-on that users can choose to integrate by syncing their smartphones and tablets as we do now. Meaning the entire experience could be very different, much improved, and overall better for consumers.

As many of you already know, more and more cars lately have been coming with cellular connectivity and 4G LTE integrated into the systems. Allowing for music streaming with Ford vehicles, and companies like BMW and Audi have been leading the way with their own infotainment systems.

The way things are now, Android Auto is just an add-on and extension of our cars and still relies heavily on being connected to a smartphone for internet access, as well as all the apps like Google Maps or Google Play Music to fully have features worth enjoying. With the Android M release next year, Android Auto will essentially be its own forked version of the Android operating system that runs completely on its own.

For now we don’t expect to learn more until Google’s annual Google I/O event early next year, and if recent yearly release cycles are any indication, Android M won’t arrive until October or November of 2015.