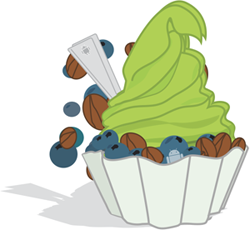 Google is making a play at Apple’s stronghold. Not the iPod, nor the iPhone or iPad, but iTunes. Music purchasing is coming to Android Marketplace, and it’s being backed up with seamless ways to sync and stream from your PC. And they’re making it even easier to buy and install apps.

Been saying it for years but here it is again: you can’t fight Apple’s iPod family if you don’t take on the head of the household – iTunes. It’s the center that holds the family together. It keeps users in the ecosystem as they upgrade from iPods to iPhones and iPads. The App Store is only part of that. Media purchasing and sync must be addressed too, and Google is taking up the challenge.

First, Google introduced music purchasing to the Android Marketplace. By itself, not a big deal. If anything, it’s a bigger strike against Amazon as their MP3 store no longer needs to be included on Android devices by default. But they’re backing that up with the sync and stream system of Simplify Media, formerly an independent company now revealed to have been purchased by Google. Their system lets you stream songs and sync music purchases, including iTunes purchases, from your PC to your handheld and vice versa.

In a similar vein, there will also be a system to purchase Android apps from your PC and install them over-the-air to your Android device. It’s like purchasing apps from iTunes, except you wouldn’t need to plug in your iPhone to install them.

Not a lot of details at this point, but the concept is fantastic and tops iTunes on several levels. I would consider this as big a wake-up call for Apple as the iPhone was for the phone industry. iTunes has grown into a lumbering giant, unmoved by the feeble competition around it. Now it has a reason to move.