Google Play is now available on the internet while upgrades for mobile devices will be rolling out over the next couple of days. All of your content – music, books, movies and so on and so forth – that you’ve purchased with these services will still be available through Google Play. 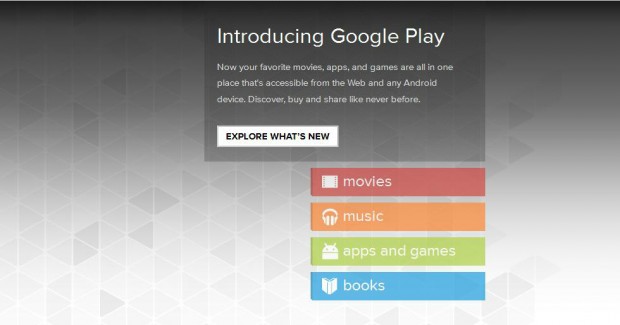 Those who use these services will still have access to all of the content that was available before the re-branding. That includes:

Now, there are some limitations.

Google says that it will be trying to roll out all kinds of new content to those around the globe so if something isn’t available where you are, it should be in the months ahead.

Head on over to the Google Play website to get started.