With iOS’ games library being far superior to Android’s, it’s rare to see a game that launched first on Android come to iOS. Yet that’s what we have with Cordy, a game that will wow you in the first ten seconds you see the visuals, then leave you bored and annoyed for the rest of the time you play it.

At first glance, Cordy looks a lot like Media Molecule’s phenomenal LittleBigPlanet games for the PS3. This is likely intentional. This is also very misleading. The game plays more like a watered-down version of Sonic the Hedgehog than LBP. 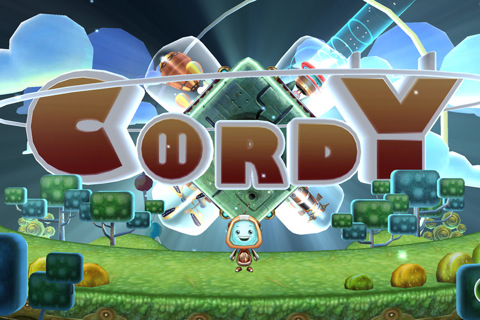 Cordy looks happy, but you won't be

You control a cute little robot named Cordy, who is trying to power up his suit in order to… uh… get to the next level (or something like that). As visually impressive as the backgrounds are, the levels you explore in this platformer are barren. From Super Mario to LittleBigPlanet, we expect a quality platformer to be full of enemies, power-ups, and tricky jumps. Cordy has very little of that.

You spend most of your time wandering around mostly-empty levels, trying to figure out what you’re supposed to do next. When you finally figure it out, there’s no big payoff to make it all worth your while. You power up some contraption, which opens the door another barren and boring segment. Blah. 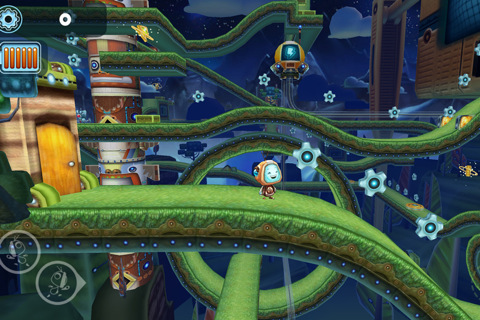 Looks can be deceiving

In the original Android version, the developers made the egregious error of making the first half of the game free, and then charging $1 for every level after that. As levels were constantly being added, you never knew where the end would be. Thankfully, on iOS, they took the more common route of offering the first part of the game for free, and then giving you the option of unlocking the full game for a single ($5) in-app purchase.

The only problem is that the game isn’t worth $5. Yes, the impressive visuals will make you think it is. And if you like being bored and annoyed, then it’s worth far more than $5. For the rest of us, though, take note that someone is trying to capitalize on LittleBigPlanet‘s success, smile and say “that’s interesting” – then move on and buy something that’s actually fun to play. 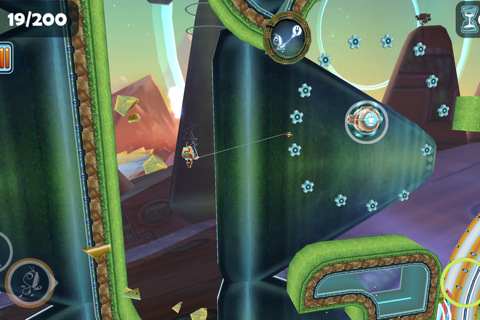 iOS doesn’t have much going for it in the way of quality platform games, but if you’re jailbroken it’s a different story. SNES, Sega Genesis, and NES emulators are available in Cydia. Once tracking down the ROMs, you can play all of the classic Super Mario and Sonic games, along with a host of other great platformers (the defining genre of the 80’s and early 90’s) that all provide more fun in one level than Cordy does in its entirety. Technically, you need to “own a copy of the physical cartridge” in order for ROMs to be legal.

In the meantime, if you love self-mutilation and style over substance, you can check out Cordy for free at the link below.