Every year we hear horror stories about potentially dangerous malware or virus problems facing Android smartphones and tablets, and this week another big one was revealed. A brand new report details a potential threat called “Quadrooter” that could infect nearly 900 million Android devices. Here’s what you need to know, and if it’s anything to actually worry about.

Cyber security software company Check Point stays on top of this information and revealed the HummingBad virus earlier this year, and now have a detailed explanation of QuadRooter.

Similar to the StageFright scare in 2015, users need to know all the details before jumping to conclusions or getting worried. Technically yes this new threat could infect 900 million devices, and none are completely protected with the latest patches, but it isn’t as bad as it sounds. Below is what users need to know about the Android QuadRooter malware. 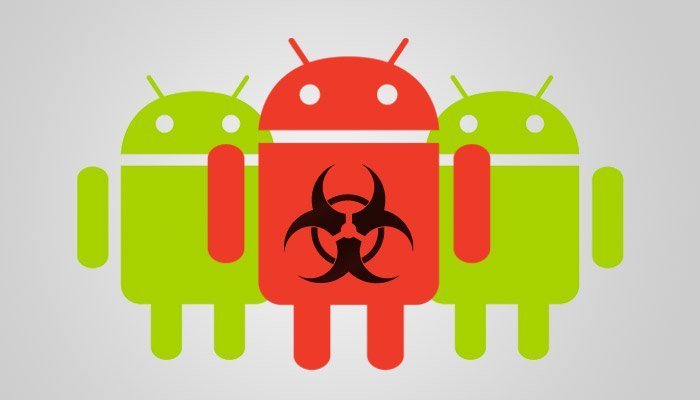 News about a virus or malware pop up all the time, for both Android and iOS, and often times the situation isn’t nearly as deadly as some would have us believe. This time though it’s both good and bad. The bad being that almost any Android device running a Qualcomm chipset could be infected. Like the LG G2 all the way up to the new Galaxy S7 Edge. Qualcomm is inside most popular devices in the United States, which is why this threat is being taken more seriously.

From what we’ve gathered from the official report QuadRooter isn’t an actual piece of malware or malicious software, it’s the potential to create and distribute one. QuadRooter is a set of four vulnerabilities in Qualcomm processor and chipset software and drivers. Basically four different points of access to cause harm to Android smartphones, tablets and other devices.

Most likely the device you’re reading this on or have in your pocket use Qualcomm, so it’s technically at risk. Even with the latest security patches from Google.

With this exploit in the drivers a hacker could use the QuadRooter vulnerabilities to inject bad stuff into an app, and somehow convince users to install it. It could only happen if users download apps from shady places, as the Google Play Store checks for bad software. So in the end Quadrooter is a way for hackers to potentially attack 900 million Android devices, it isn’t an actual thing, and so far there’s no evidence that it’s even being used to cause harm.

Do I Have Malware?

While this isn’t just a yes or no question we can answer, most likely no you do not. Users worried about being one of the 900 million infected with QuadRooter need to understand that isn’t the way it works, and it isn’t an actual malware problem. Not yet at least.

Yes you’re at risk, but no most users don’t have anything to worry about. At this time CheckPoint said that while this is a big vulnerability, there is nothing to support it being used maliciously as of right now. So no, you don’t have “QuadRooter Malware” on your device.

Can I Check for QuadRooter?

Currently there is no information regarding an actual app or virus scanner specifically with QuadRooter malware in mind, and that’s because it isn’t an actual thing yet. It’s just a potential threat that hasn’t done any harm. Check Point does have an app that will check if your device is at risk, which likely it is, but you still don’t need to worry.

We can expect similar apps from others to surface, but for now we aren’t seeing too many appear. While what you do on your device is up to you, I won’t be paying for anything like that anytime soon. This happens a few times a year, and while the threat is real it’s like a scare-tactic at the same time.

Is Your Phone Safe?

Yes and no. Google is already well aware of this situation and the four vulnerabilities found in the Qualcomm drivers, and they have all been patched but one. According to ZDNet the latest August security patch from Google that’s already rolled out to millions of phones, and coming soon from Samsung and other manufacturers has the patch. Qualcomm has even passed around Google and patched these problems with select partners on their own, so we don’t even know if all 900 million are even still at risk.

They state that Google fixed three of the four problems, and the last one wasn’t done in time for the August monthly security patches to the Android ecosystem. Meaning one more vulnerability will still be open and a potential threat until September, and even longer if phone makers like Motorola and LG don’t push out updates right away in September, or aren’t already working with Qualcomm.

Then again, this is only a potential problem, and not actually malware that’s actively being used to target devices.

How to Stay Safe

As we said above this problem isn’t even a real issue and just a way for hackers to get malicious software inside of an app, if installed on a Qualcomm device, to do harm. What that means is do what you always do, use common sense, and be safe.

Don’t download apps or games from shady websites or 3rd party sources, and this won’t be an issue. Stick to using the Google Play Store for all app downloads, and this problem won’t ever need to be mentioned again. There are a lot of places on the web to download and steal apps, then sideload them. And that’s where these types of vulnerabilities can become dangerous. As long as you stick to the Google Play Store and be smart with wht you download and install, everything should be fine.

At the end of the day Android security is a tough job. Even with monthly security updates by Google things can occasionally fall through the cracks. That doesn’t mean it’s instantly dangerous, instead it’s the idea of what someone could do with the exploit. If any additional information surfaces we’ll update with all the important details.