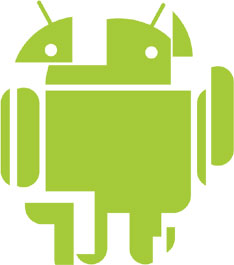 There’s no doubt that Google’s Android is a serious threat for the both Apple’s iOS and RIM’s Blackberry OS. However, while Android is becoming more and more ubiquitous, it still faces several challenges when it comes to dealing with developers. A recent study by Baird suggests that while most respondents are still writing apps for Android, many prefer iOS because Google’s platform has several problems:

Since the Android operating system is used by a variety of phone manufacturers, developers face an added challenge of having to ensure their app is compatible on a range of devices. The iOS, on the hand, is limited to the iPhone which ensures that the app will be compatible with all users.

Unlike iOS, which sells all of its apps through the App Store, Android apps are purchased from a number of websites and platforms. This creates a problem for developers who have to make sure their app is accessible to all users via multiple systems

Many developers are unhappy with Android’s loose qualifications for app approval which results in a large number of junk or spam apps cluttering the marketplace. The large number of poor quality apps makes it challenging for users to find good ones.

Ability to Earn a Profit

Apple’s iOs still leads the way as the most profitable phone OS, with RIM coming in second place. It’s likely that the problems detailed contribute to lower revenues for Android developers. Past studies have shown that Android users don’t like to pay for apps.

While Android still has a lot of growing to do, it’s certainly on the right track. Google is continually updating the OS to make it developer-friendly. It’s also becoming widely used by many phone manufacturers. While it’s unclear if analysts’ predictions of an Android dominated marketed will come true, Android remains a mobile OS which developers should consider when making apps.