In a patent battle between Android smartphone-maker HTC and Nokia, the issue of tethering on one of the world’s most popular mobile platforms may be at risk. Likely, Nokia will seek an import ban on troubled smartphone-maker HTC, but the two companies will probably work out a licensing agreement that will allow both parties to peacefully coexist. 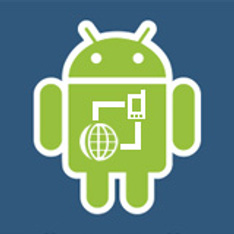 “At the United States International Trade Commission (USITC, or just ITC) Nokia has just defeated Google and HTC with respect to the proper legal interpretation of U.S. Patent No 5,884,190 on a “method for making a data transmission connection from a computer to a mobile communication network for transmission of analog and/or digital signals”,” writes Foss Patents.

Tethering is the process in which a smartphone shares the 2G, 3G, or 4G data connection–over WiFi, Bluetooth, or a wired USB connection–to another device, like a laptop, tablet, or other WiFi-enabled device that may need an Internet connection. On Android devices, the feature may also be called a mobile hotspot feature.

And while this case in particular deals with Nokia, tethering has become quite a ubiquitous feature on Android that Nokia could potentially seek similar claims against other Android smartphone-makers like LG, Motorola, and Samsung.

Given that this appears to be an Android-wide feature, Google had attempted to be named as a co-defendant on the lawsuit to protect its licensees, but failed. As a a third-party to the lawsuit supporting HTC, Google had asked the court to more narrowly define the scope of Nokia’s claims and patents, but the judge refuse, according to Foss Patents.

Nokia had already previously settled lawsuits against Apple and BlackBerry, so those platforms may be temporarily safe for now.

It looks like Google’s strategy for acquiring Motorola Mobility in order to leverage Motorola’s patents may not be working after all as it’s not even a party to the lawsuit. Hopefully, its X Phone strategy will fare better.