Google’s update to the Maps for Android app got some nifty new features that help out commuters with public transportation stops. While that is a great addition in itself, Kevin C. Tofel at GigaOm noticed another very cool feature that went under the radar: the Google Maps app can now download maps for offline use.

It doesn’t take long to start thinking of times when this could be useful. With limited data plans becoming the norm (Verizon’s switch is breathing down our necks), re-downloading the same maps of your home area every time you want directions to the nearest Starbucks can rack up the Megabytes quickly. With this new feature, all you have to do is download each map once. 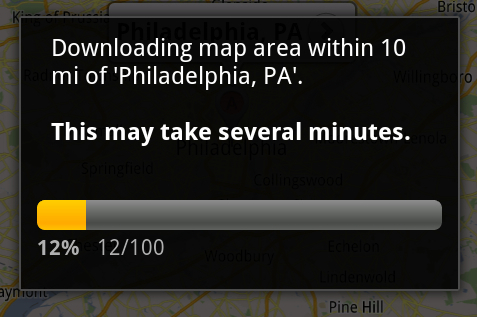 People who are planning a trip through rural areas could also use this. Underground subway commuters could as well.

The feature is under the experimental “Labs” section. After activating it, simply find a spot on the map you want to download, hit “Download Map Area” and it will obey your command. It only gives you a basic map (that means no traffic, Google Earth satellite images, etc.), but the relevant info like street names will be there.

This move makes sense, as device storage is quickly becoming easier to come by than wireless data. SD cards can be upgraded for a relatively inexpensive fee. Capped data plans are another matter.

You can make money online by finding legit work from home jobs. I’ve been working from home for almost a...