If you’re not familiar with the many features of the Android camera, Photo Sphere is one of those features that lets users create 360-degree panoramas, very similar to how you can look around in Google Maps Street View in any direction. And in fact, you can submit your own Photo Spheres to Google Maps and have anyone view them.

Anyway, this same feature has now made its way to iOS and is available now for iPhone users. Unlike the built-in capabilities of Photo Sphere in the Android camera app, Photo Sphere on iOS comes as a dedicated app that you have to download from the iTunes App Store, but it’s completely free to do so.

So how does it work? You stand in one spot, press the shutter button and slowly and carefully move your iPhone around and take pictures at every possible angle so that you capture a complete 360-degree panorama of your surroundings. Once you’re done, the app will stitch all of those photos together to create a “sphere” and then you can view it by swinging in any direction. It’s almost like you’re standing inside of a globe looking out into your surroundings; it’s quite magical. 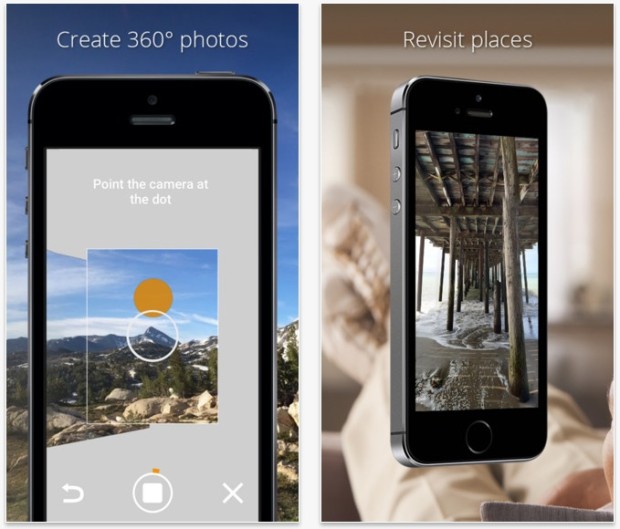 Of course, this isn’t the first app of its kind to hit the iPhone. Microsoft’s Photosynth app has the same capability, but a little bit of competition is a good thing.

It’s important to note that Photo Sphere on iOS only works with the iPhone 4s and newer, so iPhone 4 users are out of luck here. However, it does work with iPad, though, which is an added bonus for those who want more screen real estate when creating their 360-degree panoramas with the app. 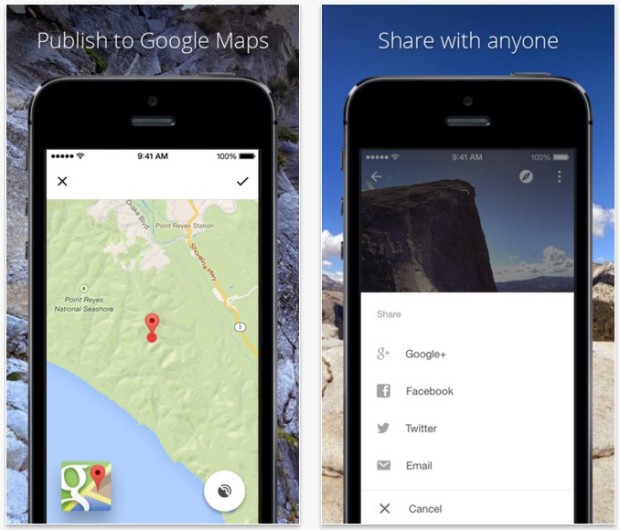 Ever since Apple dropped Google support for Maps and YouTube out of iOS, the search giant has been taking matters into its own hands by releasing iOS apps of its own for iPhone and iPad users to take advantage of. iOS users can get Gmail, Google Maps, Hangouts, Google Voice, YouTube, and a ton of other Google apps right on iOS. To say that Google isn’t ignoring iOS would be an understatement, and while Android users can get more benefits from the Google ecosystem, iOS users aren’t far behind.

Of course, while Google Now is available on iOS, it’s certainly not as handy as it is on Android, and the confusing situation with the Google Drive app is frustrating to say the least, but if you heavily rely on Google’s ecosystem for your productivity, you definitely want to use its apps on iPhone whenever possible.

Google has come a long way on iOS, originally just being the default maps provider for the original Maps app. Since then, though, Google has brought its own Maps app to iOS, as well as Gmail, Google+, Hangouts, Google Voice, and a ton more. We can’t see any reason why the company would stop developing for iOS, and this latest release of the Photo Sphere app is proof that the company is still firing on all cylinders when it comes to iOS apps.