The very first Angry Birds game released in 2009, and six years later we’re finally seeing an official sequel to the addicting game. Here are five things you need to know about the Angry Birds 2 release.

However, Rovio is starting from a clean slate this time and it’s newest Angry Birds title is simply called Angry Birds 2, which the developing studio is calling “the first sequel” to the original game, hinting to the possibility that there may be more Angry Birds titles to come in the future, but for now Angry Birds 2 is in the spotlight, and there a few new things that you should know about.

Angry Birds 2 comes with the same overall style and gameplay that you know and love from past Angry Birds titles, but the sequel comes with a few twists and new features that mobile gamers should enjoy. Plus, it certainly makes for a good shake-up that the series has been needing for quite some time, since themed titles can only last so long.

In any case, here are five things you should know about the Angry Birds 2 release, which is available for iOS and Android devices right now.

One big change to the gameplay in Angry Birds 2 is the ability to now choose what birds to slingshot in order to take down all of the pigs, instead of simply just using what you’re being given. 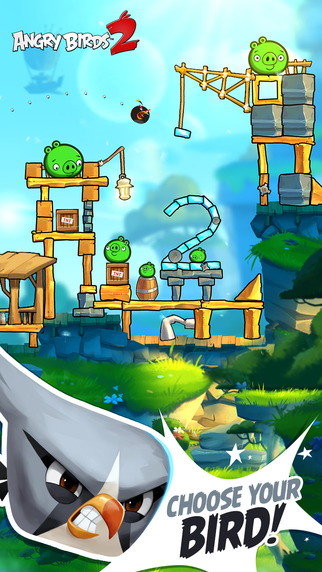 In past Angry Birds games, you were given a specific amount of different birds that you had to use in the order that they’re given to you. There was nothing particularly wrong with this setup, but Angry Birds 2 provides a more interesting way to take down the opposition.

Rovio says that while this does provide players with a bit more freedom and the ability to become more creative with how they take down a level, it still provides a challenge, as you’ll need to choose your order of birds wisely.

Angry Birds is taking a page out of pretty much every classic video game, and there are now boss pigs in Angry Birds 2. 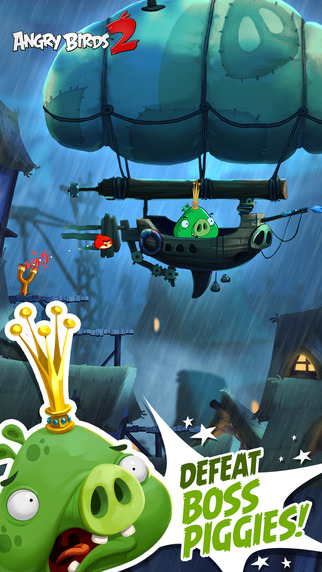 Foreman Pig, Chef Pig and King Pig are just some of the boss pigs that you’ll come across in the new game, and they’ll require a bit more firepower and some strategy in order to take them down.

In Angry Birds 2 you can play against other online players, and even connect the game to Facebook to play against your friends in the Arena. 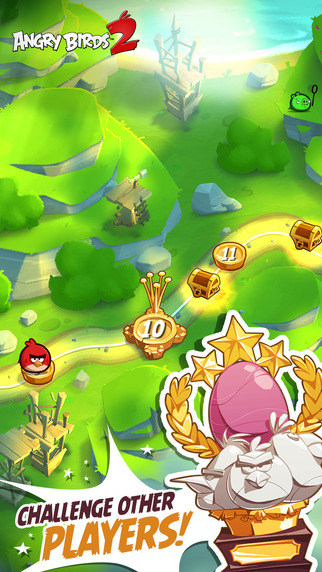 Playing and winning against other players earns you feathers, which can then be used to level up your flock.

In earlier titles of Angry Birds, you couldn’t play against other people, so an addition like this is huge for the series, and could really boost the fan base of the game, but we’ll see how this plays out in the future as time goes on.

Another new addition to the gameplay in Angry Birds 2 are spells, which help you take out the mean pigs in creative ways. 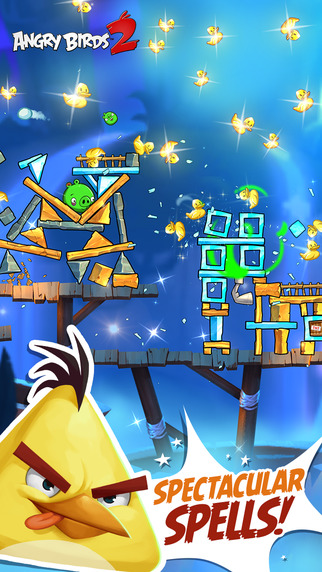 Sometimes, deploying flying birds doesn’t cut it, or you just want to make it easier to destroy the opposition, and spells are a great way to do that.

Blizzards, Hot Chilis, and Golden Ducks are just some of the silly spells that you can cast on the bad piggies in order to give yourself a slight advantage.

While Angry Birds 2 is free-to-play for everyone and you can access the entire game without spending a penny, there are in-app purchases that you can take advantage of. 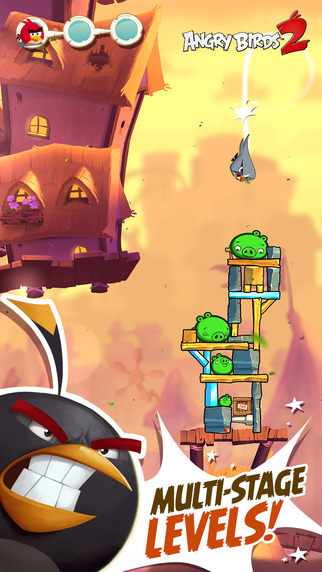 You can buy gems and spend as much as $9.99 for a “chest” of them, which can speed up the game and let you play more often.

Again, though, you don’t need to spend a dime in order to enjoy the game, but in-app purchases are a great way to support the developer, especially if the game was free to download.