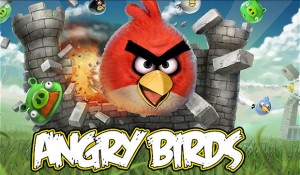 , one of the big birds behind top mobile game Angry Birds, sat down for an interview with Tech N’ Marketing to share his insights into the intersection of those areas and stated candidly why iOS will be their source of bread and butter for the time being.

Apple will be the number one platform for a long time from a developer perspective, they have gotten so many things right. And they know what they are doing and they call the shots. Android is growing, but it’s also growing complexity at the same time. Device fragmentation not the issue, but rather the fragmentation of the ecosystem. So many different shops, so many different models. The carriers messing with the experience again. Open but not really open, a very Google centric ecosystem. And paid content just doesn’t work on Android.

He later adds that paid apps just aren’t making money on Android yet, which is why they went with a free ad-supported version of Angry Birds for Android. They do intend to offer a way to pay to drop the ads, but does not expect that to yield the bonanza that the iOS versions have provided.

While acknowledging the challenge of Android fragmentation, he also downplays the problem by explaining it’s more of an ecosystem issue with vendors and carriers moving in different directions, and points out the whole mobile world is fragmented among iOS, Windows Phone, MeeGo, Android, WebOS, and BlackBerry.

As Angry Birds is the current benchmark of success in the mobile app world, it’s very generous of Verterbacka to share his perspective with us, though most of his big points are fairly apparent. Worrying over Android fragmentation in a market with six major operating systems in play really isn’t worth a developer’s time (though the guys backing Android should definitely be concerned).

As for iOS being #1 for developers, I’m sure everyone’s seen their share of gift cards this holiday season, either in a stocking or on a store rack. At least a few of those have been iTunes gift cards, but none for the Android App Market. Giving the gift of an iOS app is easy. Not so much for Android apps. Likewise, iTunes had been loaded with paying customers for years, while Android is coming in fresh. In that respect, Android is coming in way, way behind iOS, and it’s not a problem that can be fixed on the tech side of tech and marketing.