For users who like to customize their smartphone, Android has offered a big advantage over the iPhone, but recently this advantage has been cut back or removed all together by chipping away at the apps users who are rooted can use.

Back in the old days, when Android first began making inroads on multiple carriers one of the major selling points was the open nature fo the system. We saw this marketed to general consumers with the “Droid Does” campaign and unofficially to geeks with the ability to root their phones and install new, tweaked, versions of Android.

Rooting an Android device is similar to jailbreaking your iPhone, but allows you to do much more. In addition to bringing features that Google has forgotten to add, rooted Android devices can run new versions of Android. 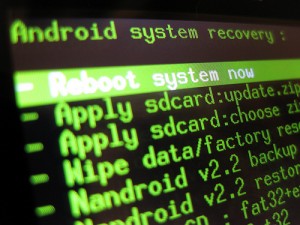 This was one of major reasons I bought the HTC ThunderBolt, and it paid off for a while. For example, I have been running Android 2.3 Gingerbread for months, while regular users have been stuck with the older FroYo version of Android. I was also able to use the WiFi tether app before Verizon released a stable version for the ThunderBolt and am able to take screenshots, which is a major plus.

I also had access to new radios faster, to get around problems other users had.  Currently, I am running a lightning fast version of Gingerbread that has Sense 3.0 on it, something I can’t do without being rooted.

Unfortunately, rooting comes at a cost these days. Even if all you want to do is have full control of your phone, with the stock OS, you lose access to several key apps.

Some of these apps can be made to work on rooted devices, but that’s often enough work to dissuade users from rooting.

I recognize that this is mainly an issue for power users and geeks, but it is still an issue for a large number of users, who are losing one of their prime reasons to buy an Android device. While some apps have placed similar restrictions on jailbroken iPhones, the problem appears to be much greater on Android.

This shows the power of apps in the smartphone world. Rather than crack down on rooted devices in a systematic way, restricting key apps from rooted users is an easy way for carriers to rally against rooting.