When Facebook launched Facebook Home it promised routine updates and changes, and today it announced some of the first changes coming to the social Android launcher.

According to TechCrunch Facebook announced that more than 1 million users downloaded Facebook Home since its launch last month. That not large compared to the 1 billion active Facebook users, but it’s a start. Those who downloaded the homescreen replacement really like Cover Feed and Chat Heads according to Facebook. 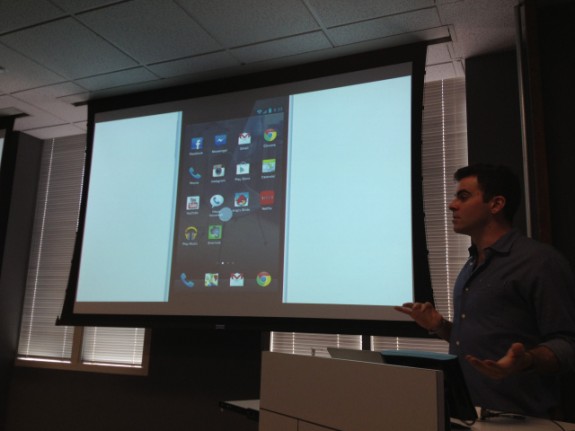 Over the next few updates Facebook will add a number of new features to makes users happier and to ease them into the new homescreen.

A future update to Facebook Home will include a dock in the application tray where users can put four of their most used apps. The app looks like the iOS dock, and will work like any other dock: it will remain consistent while users swipe through pages of apps. Users may have the chance to import the dock from their phone’s default launch or just create a new dock.

Chat Heads will also soon get an update that will make it easier to start a new Chat Head. In a future version of Facebook Home users will just have to swipe to the left to open a new Chat Head with a buddy list overlay, eliminating the need to open the Messenger app.

Facebook also realizes that users might want to keep the layout and widgets they have on their phone’s default launcher instead of switching to its people-centric model. The company previewed a way to bring users to their phone’s default launcher, which would make Cover Feed more of just an added layer instead of an entirely new homescreen and launcher.

The new updates should help make Home more appealing to users with phone that can run it like the HTC One and the Galaxy S4, but it’s not clear how it will help the HTC First. The “Facebook phone” just dropped to $1 on contract on AT&T yesterday, likely do to poor sales.