Apple and the iPad: The Juggernaut Rolls On

Apple is a few hours away from announcing its next edition of the iPad. Regardless of what it will be called, and to a degree, regardless of what features it will contain, the juggernaut that is Apple will continue to roll on, bowl over, or run through competition that has yet to find its footing on the playing field. You’ve read the unceasing rumors and you’ve seen the speculation. That will all pause for about 36 hours after the announcement, until the next wave of rumors begin. (Watch for the first ones to appear on Friday or so, and that doesn’t include the nagging smaller iPad rumors.) 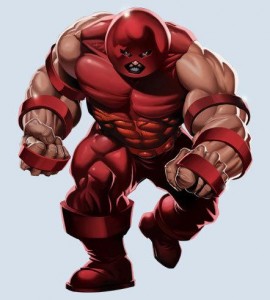 Watching this unfold, I’m reminded of the football competition in my high school days. I went to a small school (our county had only one high school) and due to the vagaries of the state regulations we were in a district with far wealthier and larger schools. Our poor football team always offered a game try at competing, but the larger, wealthier schools just ran over our teams like they weren’t there. It was embarrassing, and somewhat unfair, but it was what it was.

The iPad HD/iPad 3, with whatever new specs make it into the device, will once again roll over the competition and demonstrate that Apple can control the landscape when it wants to and on its terms. Again. Every blog post that says the new iPad is an incremental upgrade will prove this point just as every post that claims Apple has leaped ahead of the competition will also. Again, it doesn’t matter.

Let’s face it, Apple still doesn’t have any real competition in the Tablet scape and its iPad (and iPhone) innovations, whether evolutionary or revolutionary, continue to drive all of its competitors bonkers, if it doesn’t drive them from the field. And that’s just on the hardware side. Let’s not forget that Apple is continuing to advance (albeit slowly) things all over its vaunted ecosystem and probably will with today’s announcement as well.

No greater evidence of this exists than Apple’s iCloud. Announced and rolled out last year, iCloud at the moment is nothing if not incomplete. In its current incarnation it offers some promise, but Apple hasn’t really advanced iCloud beyond that initial offering. I’m guessing that will change some today, but the fact that Apple has waited this long to improve upon the iCloud promise can be viewed as either arrogance or sure footed acceptance of the reality that Cupertino really doesn’t need to move any faster than it wants to. Having $98 billion in the bank can certainly give you that kind of latitude.

The also rans will watch the announcement holding their breath in the same way some consumers and a gazillion geeks will. Flash back one year ago to the last iPad announcement. At the time the Tablet scape was lousy with iPad competitors. The Motorola Xoom, RIM and the Playbook, HP and the TouchPad and Google’s Honeycomb progeny. Microsoft wasn’t even in the wings at the time. We all know what happened in the ensuing months. The big potential challenges this year will be from Microsoft and Google, assuming the Google folks can finally figure out something that works well with a Tablet. (I find it depressing that Samsung, which is giving it a really game try, has to admit that they still have a lot to learn about Tablets. It’s not the hardware that’s the problem there, it’s the OS.) And of course the jury has not even been convened for a verdict on what Microsoft hopes to deliver.

So, here we are in March of 2012. Apple is going to write a script today that the Tablet scape and will be forced to follow for the next year. Scratch that. It isn’t just mobile computing anymore it is computing in a larger sense now. By the time Apple’s competitors come up for air and think they might have a handle on how to compete, Apple will have already moved on with the same assurance that it is currently doing so.