Apple board member Bill Campbell may have fueled further fire about rumors of Apple entering the wearable computing market with its highly anticipated iWatch. Described by CNET as a close friend of late co-founder Steve Jobs, Campbell was speaking at an Intuit employee event where he discusses Google Glass and smart watches.

And while Campbell didn’t mention Apple, nor the oft labeled and unofficial iWatch name, his association with Apple and friendship with Steve Jobs make it difficult to not connect those comments to Apple’s iWatch. 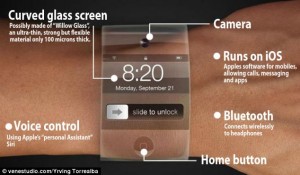 “When you start to think about glasses or watches,” Campbell said. “They become as intimate as the cell phone was.”

Campbell’s comments on wearable computing comes after Google co-founder Sergey Brin claims that smartphones are emasculating when he was promoting Google Glass at the TED conference.

Declining to give details nor specifics about Apple, he said that there’s “a lot of things going on with the application of technology to really intimate things.”

And while smart watches are not a new concept, it may be yet another great area for Apple to focus its user experience expertise on in hopes of its battered stock prices. As smartphone and tablet penetration is increasingly becoming saturated with consumers, Apple shareholders and stakeholders are looking for the innovative company to come up with more products to revolutionize the industry and outpace competitors like Samsung and Google.

Other companies recently rumored to be joining Apple in the smart watch race include LG and Samsung with Sony already having released its own Smart Watch. It’s unclear at this time if Samsung will be using Android or another proprietary OS for its smart watch initiative. And Samsung may be deep in the smart watch experimentation phase; the company had announced a wearable S-Health wrist band accessory for the Galaxy S4 smartphone and may be looking to expand beyond that.

Microsoft will be joining Google, if rumors pan out to be true, in releasing its own smart glasses.