One expert believes that Apple could stand to profit $10 for every Android device sold if the company ended its legal war over Google and the Android franchise and started to work on licensing agreements like what competitor Microsoft had done. 3LP Advisors LLC manager partner Kevin Rivette revealed the figure to Bloomberg.

Rivette pegs Microsoft’s licensing deal with Android manufacturers to net the company about $5 per device sold; Apple’s profit for licensing would be double what Microsoft takes in thanks to a stronger intellectual property portfolio, newer technologies, and numerous patent innovation. 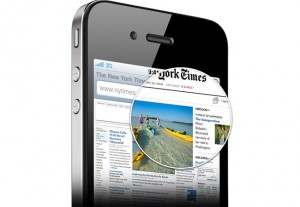 However, in spite of potential profit, Apple doesn’t seem to be interested in licensing. The company’s late CEO Steve Jobs and co-founder of Apple was on a mission to destroy Android as he felt that it was stealing technology and that the Google had violated Apple’s trust when it came out with Android after a once close partnership between the two tech giants.

Most recently, a USPTO application that was just made public revealed that Apple had applied for a face to unlock patent for smartphones this summer, or earlier than Google’s release of Android 4.0 Ice Cream Sandwich, which contains this key feature. It’s unclear how Apple’s patent filing may affect Google’s Android platform, but if Apple is granted the patent award there is a strong likelihood that a lawsuit may ensue between Apple and Android manufacturers. Apple has so far not gone after Google over Android, perhaps because Google is giving away the OS rather than selling it.