The company that made mentioning “Retina display support” a daily occurrence may be ready to up the stakes of display technology again if their hiring practices are any indication of future plans. Dr. Jueng Jil Lee, an OLED expert in the field of display technology, is joining Apple, taking his display know-how along with him.

The hiring of Jil Lee, who most recently worked for LG Display, comes after a string of display related patent filings by Apple including ideas on bendable OLED displays, and OLED control schemes.

Organic light-emitting diode –OLED for short– displays tend to offer more saturated and vivid colors than the more common LCD displays that ship in the vast majority of middle to low range smartphones and tablets. That would mean clearer and higher definition videos while you’re on the go.

Display quality isn’t the only advantage that OLEDs have either: devices built with the technology are physically thinner due to the technology’s lack of backlighting behind the display. Together with lower power demands, this could open the door for even thinner and lighter mobile devices. 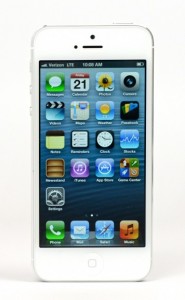 A better than Retina Display on the iPhone 5?

While reports have yet to feature any hard evidence on what plans Apple might have for Jil Lee, display technology is expected to become a hot spot for smartphone manufacturers hoping to help their devices stand out from the crowd. Just recently, rumors on the iPhone 5S, the successor to Apple’s wildly popular iPhone 5, have included talk of a more battery efficient Sharp IGZO display. This display would also allow for a more accurate touch experience.

We also know that Apple’s won’t be the only company to focus on improving the customer’s experience with display upgrades. Samsung’s Galaxy S4, the next device in the venerable Galaxy line of mobile devices, has been rumored as the first product to feature the company’s new 4.99 inch FHD display. The FHD display, which was featured at this past year’s Consumer Electronics Show, will have 440 pixels per inch. Just as OLED technology would make for a much thinner iPhone 5S, this would make for large improvements in the Samsung Galaxy S4’s battery life and make for a much thinner device.