The iPhone 5 may be one of the most anticipated gadgets of 2011. The annual iPhone launch was skipped this summer at WWDC, which has led to much speculation about a fall launch ahead of the holiday season.

This week we learned that Apple may be launching the iPhone 5 on October 7th, with pre orders reportedly starting on September 30th. If this seems like the 15th date you’ve heard for the iPhone 5, it probably is. After we missed a June and July iPhone 5 launch we shifted to September. With September almost here, we think the  iPhone 5 launch may in October.

While my colleague Adam Mills feels that the next iPhone needs to launch alongside iOS 5 before the holiday season, and he has some good points, Apple doesn’t need to hold to an artificial schedule put forth by the press and consumer expectations.

iOS 5 and iPhone 4 Will Hold Over Consumers 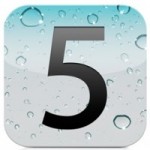 The iPhone isn’t just hardware, it’s a total package that comes together in hardware and software to form a user experience that the competition has trouble keeping up with. While the company has only released four iPhones, each major software update has brought big new features and changed the phone in a major way.

Apple has already gone on record with an iOS 5 launch this fall, and the company could count on a fresh software update to tide customers over through the holiday season.

iOS 5 delivers a new experience that addresses many complaints about the iPhone with new notifications and other often requested features. This wouldn’t help basic phone or Android users who might be tempted to upgrade to the Motorola Droid Bionic, but the inability for most Android manufactures to deliver speedy software updates will help Apple.

It also doesn’t hurt that Apple sold 156 iPhones a minute last quarter, or 226,000 iPhones a day. Are there people waiting for the iPhone 5? Yes, but many of those who give up aren’t leaving Apple for Android. 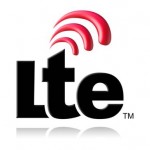 We’ve covered a variety of reasons why the iPhone 5 won’t have 4G, but it mostly boils down to timing; 4G networks aren’t widespread enough yet and the 4G connections eat through battery life faster than a Hummer burns gas.

If the iPhone 5 launches in January 2012, a year after the Verizon iPhone was announced, Apple would have another 5 months to work out the bugs that come up while they test a 4G LTE smartphone.

This would also allow carriers to further expand their networks. In 2012 AT&T will have at least a few markets with 4G LTE service and Verizon will have an even more impressive amount of 4G coverage. 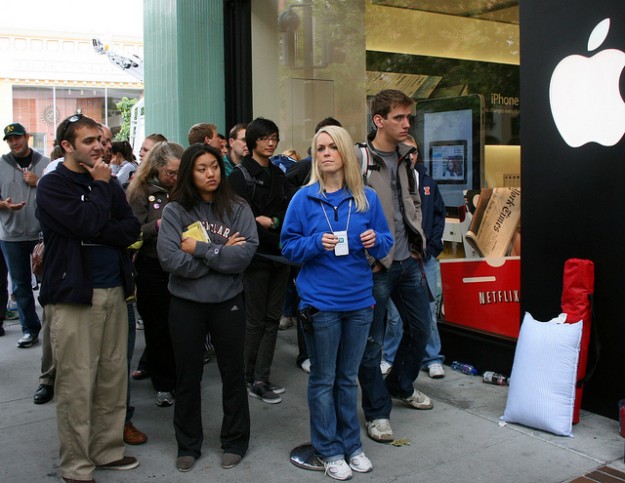 People will wait for a new iPhone.

If there are any customers willing to wait for a new phone it’s those waiting for the new iPhone. For many users the iPhone 5 is the phone to get, which means they’ll wait out the Droid Bionic and whatever else comes out this year in order to get access to the iPhone, iPhone apps and iPhone accessory market.

Apple can’t ask them to wait forever, but thanks to the contracts that lock consumers in, users are already used to waiting.

Apple Keeps Their Own Schedule 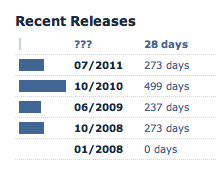 Take a look at all of the Apple product releases. While there are average launch times and annual dates where we can anticipate a new launch, Apple isn’t held to a launch cycle for any product. Rather than launch for the sake of launching, Apple is more likely to wait for the market to be ready for their next device.

Scroll down the MacRumors Buying Guide and you’ll see that for most launches there is a set time between launching a new product, but every so often there is a much longer gap, almost a 50% increase in the time between updates, which might have frustrated buyers, but didn’t necessarily send them running to the competition.

Apple may be even more prone to keeping their own schedule this year as they want to avoid another Antennagate debacle. This issue didn’t impact long term sales of the iPhone 4, but Apple doesn’t want the hassle of bad press at the launch of the iPhone 5.