How big was the one that got away? Well, depending on the story teller it could have been a whopper. Fish tales have always been entertaining. But in today’s Internet age when our eyes don’t believe everything we see, even the most modest of fish tales needs a photo to be accepted. And any photo or digital evidence is sure to be scrutinized by unknown numbers of Internet sleuths for any sign of re-touching. It is actually, at times, hard to believe most things anymore.

You may have heard or read over the weekend that the Mail posted a story saying that some mysterious satellite images from Apple Maps might (or might not) have caught the infamous Loch Ness Monster taking a swim. The story took on a life of its own. Then the debunking stories also took on their own lives. That’s how the Internet works. Publish a find (whether or accurate or not) and then others will turn it into various shades of the truth and fishy stories. 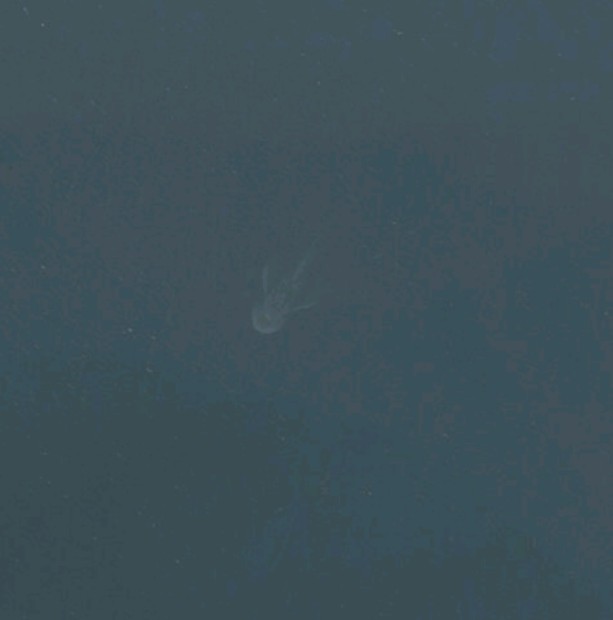 Nonetheless, the story seems to have made some look much less savvy than they think they are. Ignorance, willful or not reared its ugly head about the how the data displayed in mobile mapping Apps actually appears on our smartphones or tablets.

For the few who don’t know what the Loch Ness Monster is all about, it is one of the great unexplained mysteries and legends about strange beasts that some believe inhabit the same planet that humans do. Other examples include the Abominable Snowman, Big Foot, and other Yeti like creatures. The Loch Ness Monster takes its name from Loch Ness, the Scottish body of water it supposedly inhabits. There have been sightings, some of which include photos and video. There have also been scams centered around reported sightings. There is an Official Loch Ness Monster Fan Club, and of course the entire legend is good for the local tourism industry. We all love something that might be possible but can’t be definitively explained away.

Whether you believe in such things or not is up to you. But the story has added a new twist to the already intriguing story of Apple Maps. Apple worked hard to move away from using Google Maps on its iOS devices. Tales of corporate intrigue and envy dotted the Internet when that was occurring. Apple rolled out its own version of Maps in 2012. The only problem was that the App and services behind it weren’t quite ready for prime time. It was nothing short of a debacle, which prompted Apple to actually make an uncharacteristic apology and also to suggest other competitors’ mapping applications while Apple set out to correct many of the problems.

By many accounts, Apple has done some good work improving Apple Maps on the back end. But like the legend of the Loch Ness Monster, the quality of Apple’s success depends largely on what you choose to believe as reports still conflict and doubts remain. Apple Maps may never completely be able to swim free of the murky waters the launch problems stirred up.

One of the more entertaining aspects of this story is that some are focusing on the fact that purported Loch Ness Monster image shows up on satellite imagery only on Apple Maps and not on Google Maps. That is either willful ignorance of the facts or just ignorance.

First, none of the imagery we see in the satellite selections on our Mapping Apps is in real time. In fact, some of it is quite old in Internet years. According to Southern Fried Science, the newly famous image was taken in 2005. Apple and Google purchase satellite data for use in their applications, and it is quite possible that different imagery was used. Or as Southern Fried Science states, Apple’s and Google’s algorithms may be different when it comes to stitching together this imagery and eliminating artifacts.

The other fun aspect of this story is how some publications and individuals have gone to lengths to prove that the supposed image of Nessie, (the monster’s nickname) is just that of a wake from a boat traveling north to south in Loch Ness. Again, we’ll point to Southern Fried Science for a round up of some of those images.

Honestly, a quick look at the original images posted by the Mail made it seem obvious to my eyes that is was nothing more than a boat wake.  But let’s remember that all publications are in the business of a making money and a good story that will grab web page hits is no different than one that used to sell newspapers years ago. A good picture is even better.

The moral of the story is to treat what you see and read on the Internet with as much skepticism as you would any other source about any other topic. Enjoy most of what you read for entertainment value as well as for facts and hard info that you might glean from a story. That doesn’t mean that everything you read should be suspect. But if you treat it as it might be, you’ll probably have a healthier outlook on life.