Today Apple announced two new iPads with Lightning ports and a few new Lightning cable adapters to go along with the iPad Mini and the iPad 4th generation.

Apple also announced two new Lightning cables for video output. One cable is the Lightning to VGA adapter which will connect the iPad, iPad Mini or iPhone 5 to most projectors. 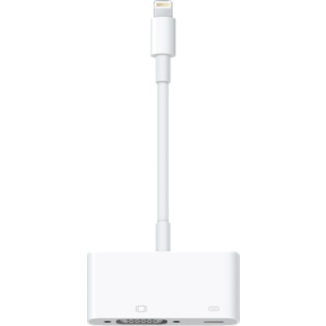 The Lightning to Digital AV cable is a Lightning to HDMI adapter designed to output video to HDTVs. Both of these cables ship in 2-3 weeks and start at 49.

With the fourth generation iPad Apple now has a Lightning port in every modern iOS device. Despite the lineup Apple remains the only company that makes Lightning cables and accessories. Apple only makes about half a dozen accessories, most of which are adapters. 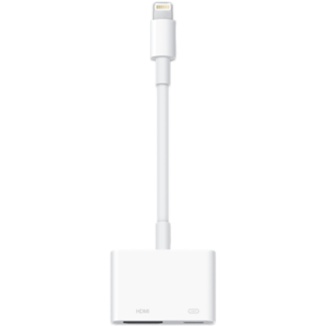 Connect to an HDTV with the Lightning to HDMI adapter.

Some unauthorized accessories will likely go on sale sooner thanks to the hackers who cracked the authentication chips Apple uses in Lightning cables. These accessories won’t make it into Apple Stores, but will likely find their way to other websites sometime in the next few weeks.