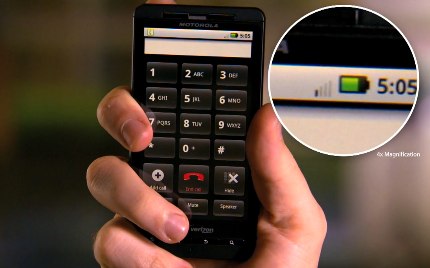 Nobody ever accused of Apple of being shy when it comes to attacking the competition. Remember the I’m a Mac, I’m a PC commercials? Well, it looks like Apple is going to continue to push its claims that its “Death Grip/Antennagate” issues are shared by all phones from all makers, and do so with a very aggressive posture.

After highlighting phones that Apple claims share the problem at its press conference, (and taking some immediate flack from those companies in return), Apple has released a video supposedly showing the issue with the latest and greatest Android challenger, the Droid X.

Of course lots of folks are crying foul. Some Droix X users are saying they can’t replicate the problem. And some (like me) are even questioning Apple’s judgment here. Apple’s defense in this issue is two fold. All phones have the problem, and signal strength determines whether or not this is a crippling issue. On the latter front, Apple is begging for someone to bring all of these phones into some sort of chamber (similar to the ones it so proudly showed off) and do some real testing to show more conclusive results than the videos it (or others) produce. Consumer Reports kicked this thing into the high stakes realm, perhaps they will take on that challenge. Eventually this has to lift itself beyond the realm of “he said, she said.” On the former front, if all phones suffer from the issue, as Apple claims, why belabor the point, unless you’re just playing cutthroat. Oh, wait. That’s what Apple likes to do.