Over the weekend, Apple has released a new patch for the Verizon iPhone 5 that fixes a glitch where cellular data may still be used even when a customer is connected to a WiFi network. As a result, even when the iPhone 5 appears to be connected to a WiFi network, customers would still be incurring data charges from their carrier. It appears that only Verizon is affected and the AT&T and Sprint iPhone 5s are safe from the glitch.

To resolve this, Apple has published the steps to get your Verizon Wireless iPhone 5 patched:

Note: To finish the installation of the update, your iPhone 5 must be turned off and then on again.

After your iPhone restarts, tap Settings > General > About, then scroll down to Carrier and verify that “Verizon 13.1” is displayed. 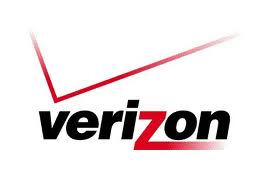 Given that Verizon Wireless is no longer offering new customers unlimited data plans, it is best to check the update and install the patch as soon as possible so you don’t get a crazy cell phone bill due to data overages, especially if you think you’ve been connected to WiFi when downloading large files, streaming audio and video, or uploading large videos.