In an effort to develop its wearable wristwatch computer, a new report from Bloomberg suggests that Apple may have dedicated a team of 100 people to design and develop the iWatch. The report says that the watch “may perform some of the tasks handled by the iPhone and iPad.”

At this point, it’s unclear if such tasks include a standalone radio and modem to make calls, receive text messages, and get data. The watch was previously reported to be running the iOS operating system by the New York Times and the Wall Street Journal. And consistant with reports from the Times and the Journal, Bloomberg is also reporting that the team size makes this project more than just an experiment at this time; it was previously reported that Apple is currently testing the iWatch. 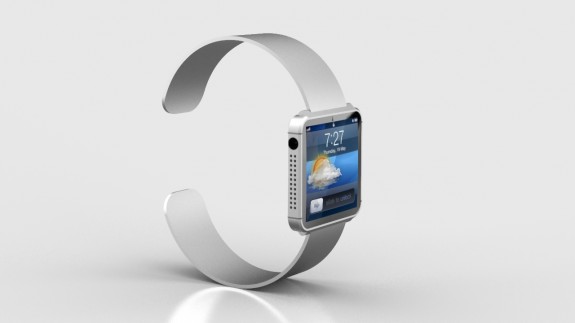 As the market for smartphones and tablets–the primary forms of mobile computing today–begin to mature, various manufacturers and carriers are turning to different products for continued growth. Carriers like AT&T, Sprint, and Verizon have been eyeing the connected car segment, and manufacturers are exploring new and various form factors for wearable computing. Apple rival Google has been working on its Project Glass initiative for a heads-up display (HUD) that would allow users to control the Android OS with their eyes.

Additionally, there has been various fitness and health trackers on the market that taps into a smartphone to synchronize data and send information. Blood pressure and glucose monitors sync with an iPhone app and can also send the data to a medical professional as well. Nike Fuelband, Motorola MOTO ACTV, and Fitbit are some of the health and fitness trackers on the market today with an iOS and/or an Android app as well.

It’s unclear if the iWatch will be a standalone product that can perform many computing functions on its own or if it will require an iPhone or iPad to synchronize with. Moreover, another challenge that any wrist-worn technology faces is battery life as it’s unclear if users are willing to charge a watch every night.