Apple is holding an iPad event on March 7th in Sans Fransisco where we expect to hear all the details about the iPad 3, but a new rumor suggests we’ll see more than that.

According to DigiTimes, we’ll see an 8GB iPad 2 model announced, which will help apple compete with price conscious consumers that are opting for the $200 Kindle Fire and Nook Tablet devices.

The rumor comes from the same source that says we will see an 8-inch iPad this fall.

At the iPad event on March 7th we expect to hear about the iPad 3, a new iPad with a Retina Display, better processor and an improved camera. The iPad 3 may also come with 4G LTE connectivity.

Check Out: Apple’s iPad 3 Event: What You Should Expect 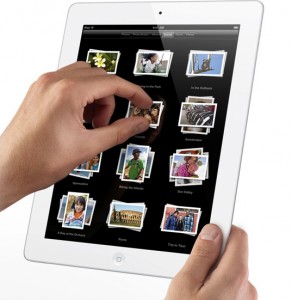 We expect the iPad 3 price to remain at $499, but Apple could use an 8GB iPad 2 to deliver an even lower price for the iPad line. It wouldn’t be out of line for Apple to release a lower storage device at a lower price.

A smaller capacity iPad 2 would help Apple in many of the same ways that the 8-inch iPad could. Not only would an 8GB ipad priced at $299 offer serious competition to the Kindle Fire and Nook Tablet, but the rest of the real Android tablet market which already has a tough time competing with the iPad on price.

If Apple wants the eTextbook program to kick off in high schools and grade schools, a low capacity iPad 2 with enough storage for eTextbooks and iCloud for documents at attractive bulk pricing could help Apple get more schools on board.

I couldn’t use an 8GB iPad 2, even if there was no iPad 3, but I know many users that could survive on 8GB by relying on cloud services like Netflix, Hulu Plus and Pandora for entertainment.

The most common complaint I hear from tablet shoppers is that the iPad is too expensive, so they settle for a Kindle Fire or Nook Tablet. If you cut the price difference from $300 to $100, I’m convinced that many shoppers will make the jump.