Recently Apple went after HTC for supposedly violating ten of its patents related to smartphones and tablets. Today Apple got an initial victory in that patent dispute, according to Business Insider. What kind of ramifications will this have for the smartphone industry? 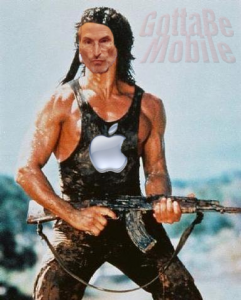 It’s reported that the International Trade Commission found two of the ten patents as infringing on Apple’s patents. What will this mean? It’s too early to say for sure, but this could open doors for lots of messy legal wrangling. Apple has previously asked for all HTC imports to be banned due to the alleged infringements. It’s more likely that HTC would end up having to dole out large sums of cash to Apple and (possibly) be forced to change some of their designs for future devices, but it’s all speculation at this point.

If HTC can be found in violation of these patents, who else does that open the door to? We know Apple is already going after Samsung, but depending how generic the violating patents are, nearly any Android manufacturer would be fair game for legal action.

Earlier this year, Steve Jobs was reported as saying the following in a press release:

We all know that Apple popularized touchscreen mobile devices with the iPhone, iPod touch – and later the iPad. We also know that various Android phones and tablets from companies like Samsung and HTC naturally arrived later on to bring their own take to the table. Now we’re starting to see how courts react to the question of whether they crossed any legal lines or not.

We’ll keep you posted, and try not to get any bloodstains on our clothing from these nasty legal cage matches.