In its ongoing patent dispute suit against rival Samsung, Apple had won an early decisive victory in a German court, which upheld ban of the Galaxy Tab 10.1 for sale in Germany. However, the lawsuit, a win for Apple, still means little for Samsung and long-term implications of the decision will need further assessment.

The court in Dusseldorf, Germany upheld an earlier ban that was granted on August 9th, but says that it’s unsure if Germany–or the EU–would have jurisdiction against a foreign (South Korean) company that sells products in Europe. As such, the injunction now only prevents the German arm of Samsung–Samsung Germany–from supplying Germany with the Galaxy Tab 10.1; Samsung International, the South Korean parent company, still can offer Europeans who are vying for the slim Android Honeycomb tablet the ability to purchase one. 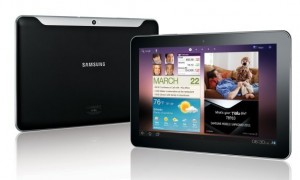 The judge in the German court says that the Galaxy Tab’s design is very similar to Apple’s iPad, siding with the Cupertino, California iOS tablet-maker.  “The court is of the opinion that Apple’s minimalistic design isn’t the only technical solution to make a tablet computer, other designs are possible,” said Judge Brueckner-Hofmann.

This is the same court that Apple had successfully gotten to force Samsung to remove the Samsung Galaxy Tab 7.7 from the IFA 2011 show in Berlin last week.

While the court decision will mean little for Samsung as Samsung International can still ship Galaxy Tab units to Germany and Europe, the case may be a decisive and important early victory for Apple still. As Apple and Samsung are embroiled on disputes over the Galaxy Tab tablet and Galaxy smartphone lines in Germany, Australia, the United States, Japan, and other parts of the world, the German court’s decision can be used as precedent for these other ongoing cases. Whether all these other foreign and sovereign nations will consider the decision of one German judge in their own rulings will be a question that will only be answered in time.

In a statement, Samsung says that it will appeal the German court’s decision, citing consumer choice, competition, design innovation, and progress in the industry.