Jonathan Ive created and helped create some of the most iconic Apple products, but according to the senior vice president of Industrial Design at Apple, he’s working on his “most important” work right now.

Of Course Ive can’t tell us about the projects he is currently working on, but it’s safe to assume he’s tinkering with the final design of the iPhone 5, new MacBook Pro models and guiding the shape of the 4th generation iPad.

When The Telegraph caught up with Ive to ask which design he will be remembered for, Ive told the interviewer we have yet to see it. 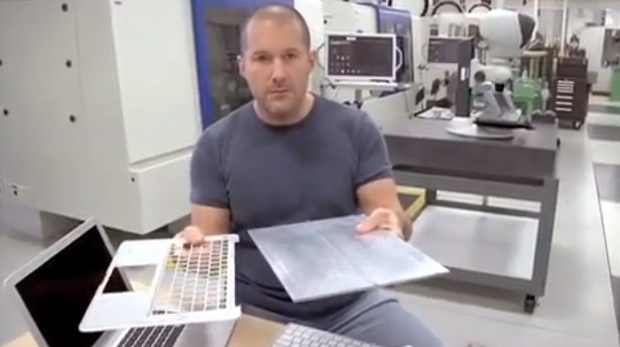 Jonathan Ive on Design in Objectified.

The interview is a fascinating look into how Ive approaches the design, or at least the management of design, at Apple.

Ive tells The Telegraph that “We try to develop products that seem somehow inevitable. That leave you with the sense that that’s the only possible solution that makes sense.”

This sentiment is in line with what Stacy Wolff, HP’s v ice president of industrial design had to say about the evolution of the notebook. When asked about the similarities between the MacBook Air and the HP Envy Spectre XT. Wolff told Engadget, “The thing is that you have to design what’s right, and that is that sometimes the wedge is the right solution, silver is the right solution.” Mirroring Ive’s sentiment he added, “It is not because those guys did it first; it’s just that’s where the form factor is leading it.”

In Objectified, Ive talks about the design process at Apple.

Just as important as the “best work” Ive is working on now is the ability to say no to products. “Very difficult.”, is how Ive describes putting an end to a project or product that isn’t good enough. While Apple products are never perfect, the limited number of products Apple sells plays a role in the ability to prevent crappy notebooks, phones and tablets from hitting the shelves of Apple Stores.

It’s not that HP, Dell and Samsung don’t make amazing hardware, but the cheap plastic notebooks and gadgets they sell to price conscious consumers cut the perception of quality.

Ive won’t spill the details on the iPhone 5, not even to the Queen, but he does share a lot of interesting information in this two-part interview with The Telegraph (part two).