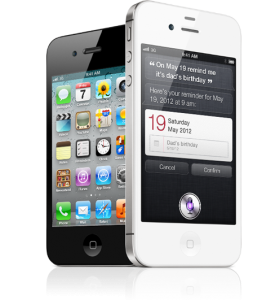 After watching the coverage of Apple’s iPhone 4S announcement yesterday I’m left with the feeling that while the Cupertino money machine has made some substantial change to the guts of its device and its new OS, Apple has basically announced a ‘tweener phone for the mobile market that is, well, in a state of being in between where we are headed and where we are now. I’m talking about 4G implementation here. While the 4s may be a ‘tweener device, it actually follows Apple’s script to a tee.

Sure, some (beyond the Apple haters) are saying that there isn’t an iPhone 5 means Apple failed. And it is tough to argue that many of the features in the OS5 won’t deliver much more than a catch up to what Apple’ biggest competitor, Google’s Android, doesn’t already offer. Some are even saying that this gives Microsoft a breath of fresh air and a new start. Of course some of what is in iOS shows promise beyond what the others offer, namely Siri. But I’m very wary that Apple didn’t allow bloggers and journalists hands on time after the announcement. That’s one of my cardinal rules. If a company won’t let you pick up a device at an announcement and try it out, there’s probably more than a few good reasons. Especially with a tent pole feature that is advertised as the “next big thing” like Siri, which is supposed to take voice commands to a new level. (I have to admit, I’ve been excited by this feature for some time now and am anxious to see it how it works, but I am wary.)

But, back to the script. We can safely assume the iPhone 5 is already in the works. It’ll debut once the telco industry actually delivers 4G to more markets than it can now, and the hardware engineers can figure out how to make devices that don’t burn battery life when it is connected at higher speeds. Apple did this with the first iPhone, releasing it as an EDGE only device when 3G was in its infancy, while others went ahead and leapt on to that bandwagon.

The Telcos love to play games with us when it comes to their new offerings. They’ve played those games with the pricing and the marketing of what many have called 4G for some time now. Handset makers have been very pleased to ride along with the fuzzy 4G wave up until now, and customers seem to not really care that in many cases they have been getting some of the future, while paying more for a piece of that, even in areas where they can’t use it. Now that LTE, or real 4G, which is the future, is slowly rolling out, Apple is content to bide its time, make some improvements to its OS and its current phone internals, and rake in the dough while waiting for enough of its customers to be in a market to really take advantage of 4G speeds.

I’m not sure which is more true to the old capitalist credo. Sell the customers on something that isn’t quite what is promised, or sell them a ‘tweener, until the real deal is available. Apple has proven that it prefers the latter model and been able to thrive. Either way everyone is making money, and it seems all the way around customers are willing to part with theirs.

There is an interesting data point here. While Apple has now brought Sprint into the fold, chalking up three US carriers, word is that AT&T’s version of the iPhone will have speeds faster than Sprint or Verizon. That demonstrates what kind of flux the connectivity selling point is in. (And how easy that is to be manipulated by the  marketing mavens.) Add that to the range of pricing schemes for the various iPhones that will soon be on the market and you can see the strategy a little clearer. The iPhone 4S is a ‘tweener attempt to advance the iOS platform, while capturing some new users with lower handset price points that can’t use all of those new features, who will then hopefully have their pent up dreams of owning an iPhone temporarily fulfilled, and left in a yearning state for features they can’t use but loving those that do, so that when the iPhone 5 does enter the market next year, everyone will be prepared to jump.