Despite moving into the thin, light, and powerful computing segment with Intel into the Ultrabook space, PC vendors are reportedly concerned about Apple’s latest patent filing. Apple, which has led the industry with its minimalist design and more recently with thinness thanks to the MacBook Air, has filed for a patent that would see the USB port and the SD card reader slot combined into a single slot.

The move would allow the Cupertino, California designer of MacBook products to further conserve space on its notebook range, which now includes the MacBook Air, MacBook Pro, and MacBook Pro with Retina Display. According to a report on DigiTimes, “Ultrabook vendors are concerned because they are worried that if Apple obtains the patent, it will gain the upper hand in competition for slim notebooks, according to Taiwan-based supply chain makers.” 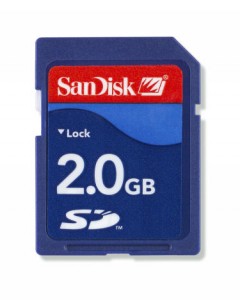 By combining the ports, connector-maker Kyang Ying says that Apple could potentially save around 12-13 mm of space on the design. This could allow Apple to slim down the notebooks, add other ports or functions, or include a slightly more robust battery to extend the battery life. The USB port has a width of 13.5 mm while the SD card has a width of 27.1 mm.

What I’d love to see Apple doing with the freed up space is include a SIM (mini, micro, or nano size) card slot and add 4G LTE mobile broadband connectivity to its laptops. While PC-makers have long offered integrated mobile broadband 3G connectivity, Apple has reserved that capability solely to its iPhone and iPad lines to date.

The publication noted that Apple alreadu has patents for the MacBook Air’s design with its wedge shape, and now OEMs are concerned that Apple would gain more added advantages if it gains the patent in being able to combine the SD and USB ports into a single port.

Though Apple and other computer-makers routinely file for patents, a patent granting doesn’t necessarily mean that Apple would commercialize its innovation into a consumer product.