A research team at Purdue University and Microsoft found that ads lead to most power consumption in Android apps.

During the course of the study the team discovered that ads account for up to 75 percent of battery usage in Android apps.

To calculate how much battery life ads within apps use the team used an HTC Passion (a.k.a Nexus One) running Android 2.3 Gingerbread. It tested five popular Android apps including Angry Birds, FreeChess, The New York Times, MapQuest, and the browser.

The team would record battery usage for a snippet of each app and see what processes were using the most battery power. 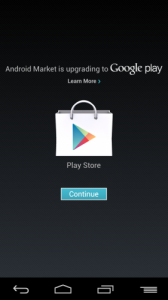 The team recorded one level of Angry Birds for the test, and in that one level the ad network consumed 70 percent of the app’s battery usage. The battery drain came from uploading user metrics, location, and the downloading and display of ads.

The user metrics are only uploaded once, though Abhinav Pathak, the leader of the team, said that ads continuing to download and display every level would cause similar battery drain during extended play.

The popular game FreeChess saw similar battery usage thanks to the ad network, with the app itself only accounting for 30 percent of battery usage. Pathak’s team tested the app by starting a game and recording battery usage within a 33-second window.

Pathak was clear that the goal of the study wasn’t to say that ads within apps are bad for your battery. Instead his team used the data to create EProf, an open-source tool that would help this solve problem. The main problem, he says, is just that current ad networks are poorly coded.

With EProf Android users hopefully won’t need a Droid RAZR MAXX-sized battery to last a full day. Pathak tells The Verge, that a Windows Phone version is in the works.

This study could be why Android users who have ROMS that block ads experience better battery life, with few other power tweaks.

It would be great to see Pathak’s team run the tests on the same phone with an ad blocking option turned on.