The Archos GamePad, yet another attempt at an Android gaming device, will come to the U.S. sometime in February for $169 according to Unwired View.

The Archos GamePad is a 7-inch Android tablet that also has controller inputs on the left and right side of the screen. The device lets any game use the game controller, even if the developer didn’t design the game with a controller in mind. 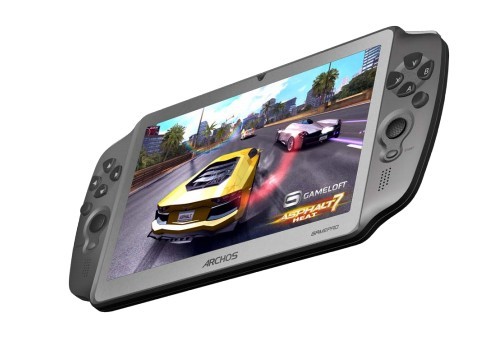 Recent games like Dead Trigger which do support controllers will work with the device automatically with no effort from the user beyond launching the app.

While the controller feature is great, the Archos GamePad isn’t as fully featured as other Android gaming devices. The device only has a resolution of 1024×600 and a dual-core 1.6GHz processor with a quad-core Mali 400 MP graphics processor.

The Archos GamePad sounds promising for gamers who like Android games, or who want an inexpensive tablet for emulators. Others may want to wait and see how much NVIDIA charges for its system, or just connect a controller they already have to another tablet like the Nexus 7.