Despite rumors to the contrary, it looks like the Asus Eee Pad Transformer and the Eee Pad Slider will both get updated with Android 4.1 Jelly Bean at some point in the future.

Asus Netherlands has originally stated that neither the Eee Pad Transformer nor the Eee Pad Slider would be getting the upgrades to Android 4.1 Jelly Bean.

However, according to Phandroid, Asus Germany has chimed in saying that its colleagues from the Netherlands were wrong and that both devices should see the upgrade to Android 4.1 Jelly Bean in the future. 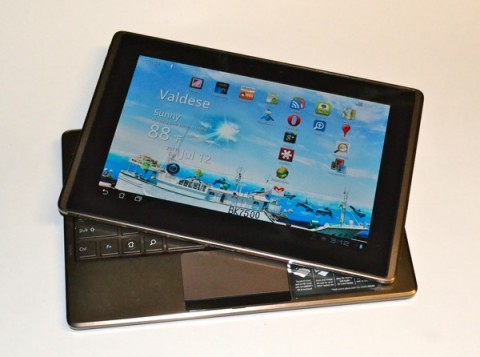 The original Eee Pad Transformer will get Jelly Bean, according to Asus.

Still, it would appear that the updates are in the works and that’s a great sign for owners of the two aging Android tablets.

Asus has been one of the best manufacturers in terms of both communication with customers about updates and rolling out the updates themselves. So, it’s no surprise that the company plans on rolling out the latest Android software for two tablet devices that have been left in the dust by newer products.

Android 4.1 is going to bring a number of new features to both of the tablets when it does arrive. Those features include Google Now, a smoother user interface, better Voice Search, offline Voice dictation, re-sizable widgets, customizable notifications, and lots more.

The software has just started rolling out to its initial devices, a group that includes the Nexus S, Motorola Xoom and the Galaxy Nexus.

The software has not yet rolled out for any devices not called Nexus, but we assume that will change in the weeks ahead.