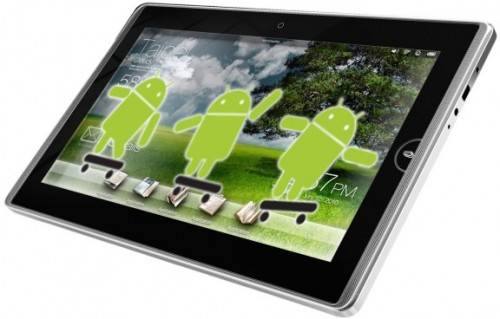 Our friends from Netbook News are in the ASUS headquarters no doubt rummaging through their big room full of netbooks like kittens in a yarn factory. One tidbit they’ve snuck out is that the ASUS Eee Pad EP101TC will not ship with Windows Embedded Compact 7 as previously reported, but rather a version of Android.

Referring to Windows CE as “outdated” (WEC7 is a new version of the old CE operating system), they report ASUS is jumping on the Android bus along with most of the other new tablet makers (Apple and HP are notable exceptions). Nothing concrete about which version of Android they’ll be using, but given the launch is not scheduled until Q1 2011, it could be Android 3.0 a.k.a. Gingerbread. Gingerbread is rumored to support larger screen sizes, up to 1024×768, which indicates they’re aiming for tablet support.