According to a report from Notebook Italia, ASUS is hard at work on a Eee Pad Transformer sequel that will feature not only Android but will also hit shelves with Microsoft’s Windows 8 as well. 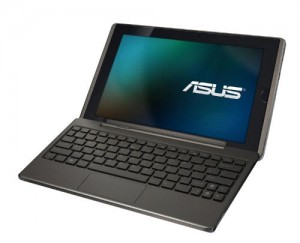 It appears that the new model will still employ some of the same characteristics of the model that’s out right now but will have a form factor that is thinner, smaller and lighter. It’ll also have a secondary battery inside the dock portion of the device.

As for specific specifications, none are known at the moment. Currently, the Eee Pad Transformer has a Tegra 2 processor so it’s very possible that we could see the sequel arrive with a Kal-El Tegra 3 processor.

Speaking of a release date, it appears that both the Android and Windows 8 models are on track for a release at some point in 2012. Don’t expect ASUS to rush them out though. The Eee Pad Transformer is currently one of the most popular tablets on the market as ASUS CEO Jerry Shen made clear when he stated that his company was shipping out more tablets than any competitor other than the iPad 2.