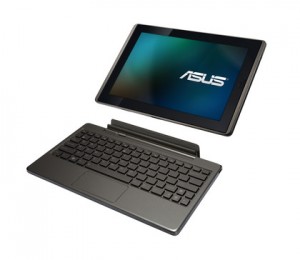 Asus has gone on to speak officially in addressing the continued shortages of its Android 3.0 Honeycomb-powered Eee Pad Transformer tablet, stating that it’s high demand, not component shortages as previously believed, that’s the reason to shortages and continued sell-out of the tablet in stores. As one of the most affordable Tegra-2 powered dual-core Android 3.0 tablets on the market, Asus has captured a lot of interest in the transformer thanks to its unique transforming capabilities in converting the tablet into a smartbook thanks to a clever laptop dock that attacks a keyboard and trackpad to the tablet while using the tablet’s large screen as the smartbook display.

The company has announced that it will be shipping 100,000 units of the tablet in May and ramping up production to 200,000 units for June.