The Asus MeMO Pad 7, the company’s inexpensive 7-inch Android tablet is now available for $149, $50 less than the Nexus 7.

Asus’ new Android tablet has a 7-inch screen similar to that of the Nexus 7, though it has a lower-resolution 1024×600 display. Because both the new MeMO Pad 7 and the Nexus 7 come from the same manufacturer they look almost exactly the same at first glance, at least when turned off.

The Asus MeMO Pad 7 runs Android 4.1 Jelly Bean with a custom skin laid over it. Like other Asus Android skins, it loo fairly similar to stock Android with a few added widgets and an extra virtual button for floating apps such as a calculator, stopwatch and small browser window. 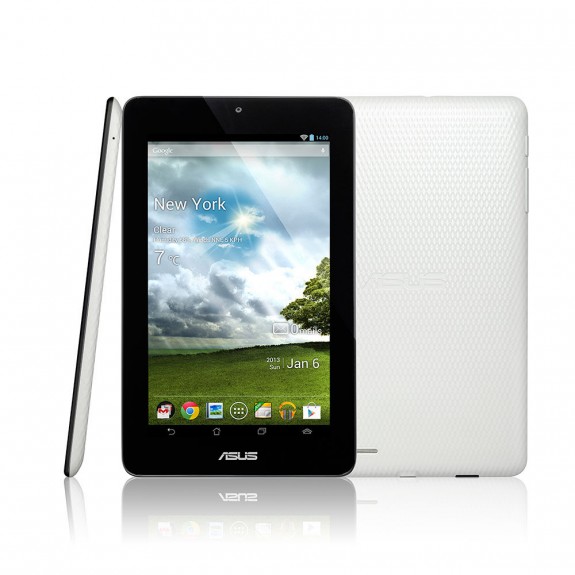 Asus also loads a number of apps onto the MeMO Pad 7 including SuperNote Lite for taking handwritten notes, MyPainter for sketching and Asus Studio for photo editing.

Inside the Asus MeMO Pad 7 is a 1GHz VIA processor and 1GB of RAM, which likely means the tablet is slower than the Nexus 7 that uses an NVIDIA Tegra 3, and is just $50 more. The MeMO Pad 7 has 16GB of internal storage, the same as the base Nexus 7. There’s also a 1MP front-facing camera that can shoot 720p video for video chats.

Unlike the Nexus 7, the MeMO Pad 7 comes in a variety of colors including grey, pink and white. Users who want colors on their Nexus 7 have to buy a cover for the tablet for an extra $20.

At $149 the Asus MeMO Pad ME172V is hard to recommend over the only slightly more expensive Nexus 7 (especially with a new Nexus 7 potentially coming soon), but it’s likely a decent option for those who can only afford a $150 tablet.