Asus now has a website up for the MeMO Pad detailing the specs of the 7-inch tablet, but not mentioning a release date or price.

The Asus MeMO Pad will use a 7-inch display with a 1024×600 resolution, giving it a much lower pixel density than the Nexus 7 or Kindle Fire HD which both use 1280×800 resolution displays. The tablet will run Android 4.1 Jelly Bean with a skin laid on top of it.

The Asus MeMO Pad will use a single-core 1 GHz processor from VIA, which makes it slower than many other 7-inch tablets on the market, but will also lower the cost.

The tablet will come in 8GB and 16GB storage models, and both have a microSD card slot for expanding that storage space. Asus will also include 5GB of Asus Webstorage space, giving users yet another cloud service to store documents on. The above video for the tablet shows that Asus Webstorage cloud service can open documents such as PowerPoint presentations in a browser with virtualized apps. 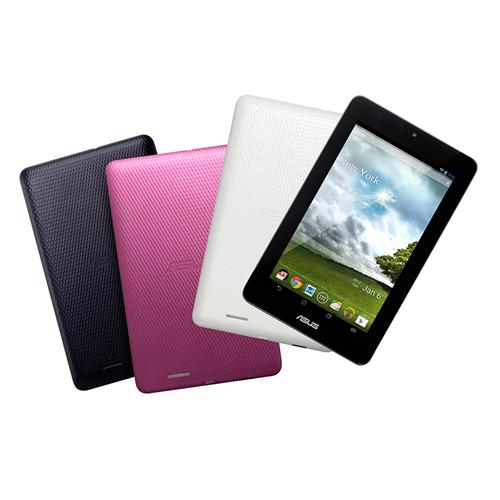 The Asus MeMO Pad will also come preloaded with other Asus apps including SuperNote Lite, Asus Launcher and Asus Sync.

Asus’ MeMO Pad will come in three colors: Sugar White, Titanium Grey and Cherry Pink. The company hasn’t announced a price for the tablet yet, but AnandTech claims the mid- to low-end tablet at will sell $149, which sounds right given what users will get out of it. The MeMO Pad will likely come to the U.S. in April.

If the Asus MeMO Pad does cost $149 when it comes to the U.S., it will cost just $50 less than the Nexus 7 and the Kindle Fire HD. Both tablets offer much better specs with screens of the same size. While there is likely a market for budget tablets, it’s hard to imagine anyone choosing the MeMO Pad instead of saving an extra $50 for another, much better tablet.