The ASUS Transformer Book Trio is a new ultrabook from ASUS that runs both Windows 8 and Android, according to the announcement from ASUS at IFA in Germany. This 11.6-inch Ultrabook lets users detach the display to use as an Android Tablet. The keyboard can connect to an external display to function as a desktop computer. Together they work as a laptop running either operating system. The machine, when apart, turns into two machines usable by two people at one time.

The machine comes in a metallic design with a black bezel around the screen. The keyboard uses island style keys and a clickable trackpad. 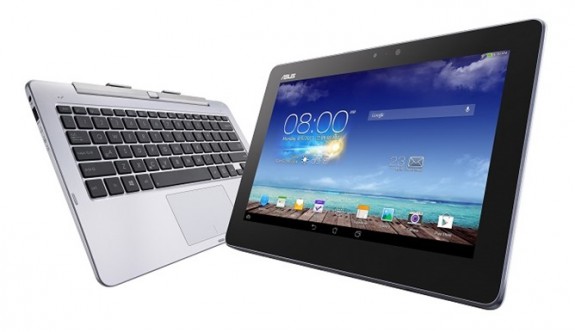 We’ve not seen a machine with two operating systems that can function independent of one another like this. They call it the trio beause users can use it as (1) a stand alone Android tablet with or without the keyboard, (2) a Windows 8 ultraportable notebook and (3) a desktop system with the keyboard connectd to an external monitor.

Thanks to the multi-touch display, Windows 8 users will get the best possible experience. All Windows PCs need a touch display to give users the best user interface for the touch-centric OS. 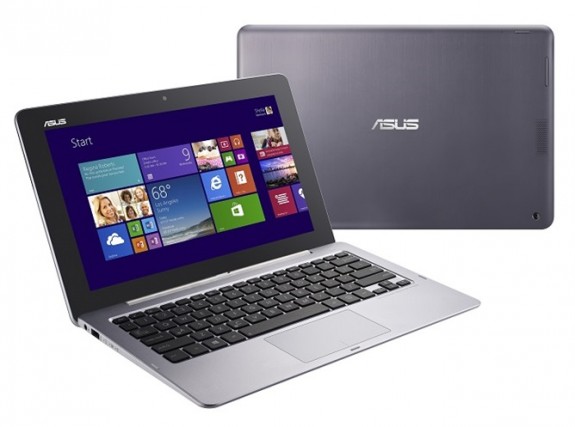 ASUS didn’t share plans for the release date or cost. We would guess that they will launch it before the busy Christmas buying season. Expect the cost to come in higher than other Android tablets and likely higher than most Windows touchscreen tablets as well. For example the ASUS Transformber Book TX300 which only runs Windows and doesn’t include a detachable keyboard costs over $1,400.