Following the debacle surrounding the locked bootloader issue on Asus’ quad-core Transformer Prime Android tablet, it appears that Asus is trying to rectify some early wrongs. The outfit is offering up its Android 4.0 Ice Cream Sandwich update to early adopters of its Transformer Prime tablet come January 12. 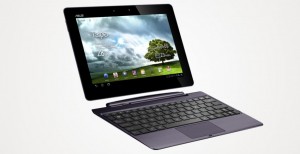 Ice Cream Sandwich is a less dramatic upgrade on the tablet side than it is for the smartphone side. The 4.0 release of Android is the first version of the Android operating system to unify the smartphone and tablet platforms together under one mobile OS.

In terms of why the bootloader was locked, Asus is placing the blame on content partners and providers, saying that it was a requirement for the DRM system in Android. Though the company will come out with an official bootloader unlock tool, Asus says that using the tool will void your warranty. Additionally, users who prefer an unlocked device should also take caution that unlocking the bootloader would also affect the DRM on the system, and certain content–including rentals from Google Videos–will no longer play on the tablet.

Regarding the bootloader, the reason we chose to lock it is due to content providers’ requirement for DRM client devices to be as secure as possible. ASUS supports Google DRM in order to provide users with a high quality video rental experience. Also, based on our experience, users who choose to root their devices risk breaking the system completely. However, we know there is demand in the modding community to have an unlocked bootloader. Therefore, ASUS is developing an unlock tool for that community. Please do note that if you choose to unlock your device, the ASUS warranty will be void, and Google video rental will also be unavailable because the device will be no longer protected by security mechanism.