Atari is bringing RollerCoaster Tycoon, Outlaw, and a number of other classic games to the iPhone, iPad and Android in the next few months.

Starting next month with the release of Outlaw for iOS Atari will bring a total of three new classic games to iPhone and iPad. Android users will get one classic game. Both platforms will also get one brand new game

The biggest name of the group is RollerCoaster Tycoon which will come to iOS and Android sometime in the first quarter of 2013. The classic Tycoon game lets players build their own amusement parks and design the roller coasters to put inside them. The game does have pre-built coasters to place in parks, but much of the joy is in designing custom rides of varying intensity. 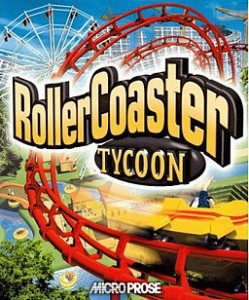 iPad and Android tablet users will also get the chance to play a brand new game with the Dungeons & Dragons label soon. Dungeons & Dragons: Warbands is a new turn based strategy game in which players build up their factions to take over and control the Zhentil Keep in the Forgotten Realms universe. The game will land on iPad this December for $2.99, and come to Android tablet shortly afterwards.

iOS gamers will also get Outlaw, the Western shooter game for free in November. Atari Arcade which features Atari-themed slot machines, blackjack, and other mini-games will come to iOS for free in the fourth quarter of 2012.

To round out the releases Atari will also release an update to Centipede: Origins for iOS which will add new weapons, maps, and gadgets. The update will also bring support for the iPhone 5 display.