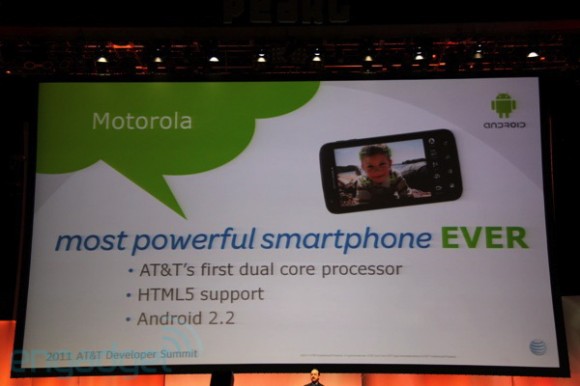 At the AT&T Developer Summit at the Consumer Electronics Show, AT&T is announcing yet another smartphone in addition to the Samsung Infuse 4G that will grace its 4G HSPA+ network. The carrier announced that the Motorola Atrix 4G will be the world’s most powerful smartphone with its NVIDIA dual-core Tegra 2 CPU; that device had previously been leaked with the Motorola Olympus codename. 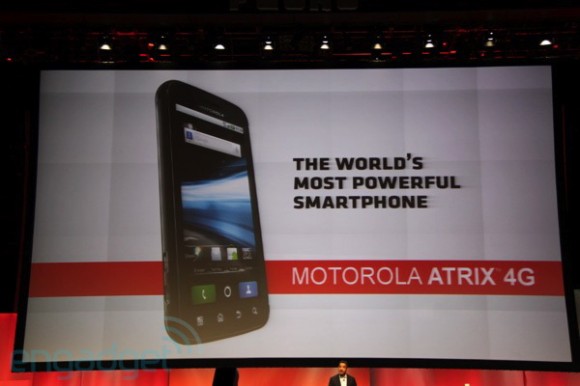 The device will support HTML5 web browsing, Android 2.2, and the MOTO BLUR user interface overlay. The device should be a multitasking champ with 1 GB RAM and a super slim 10.9 mm design coupled with a capacious 1800 mAh battery to give you long usage between recharges. 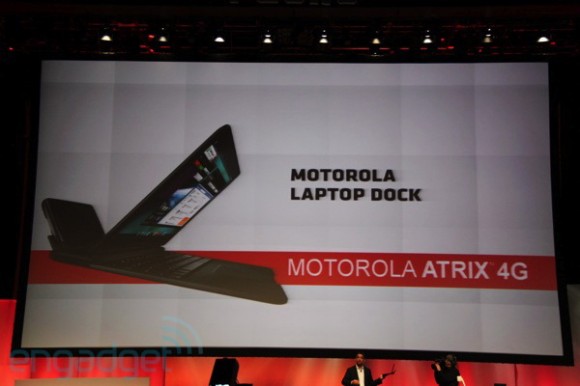 There even appears to be a laptop dock that turns your smartphone into a smartbook. We’ll be at the Motorola press event later today and will definitely find out more to report on.