While today’s big announcement is surely the arrival of the heralded Motorola Droid Bionic, check out our review here, AT&T also announced a new Android smartphone and the Huawei Impulse 4G might appeal to those of you who are looking to get a 4G smartphone without breaking the bank. Of course, the Impulse 4G runs on AT&T’s HSPA+ network and not on LTE so keep that in mind.

The Impulse 4G is only going to run you $29.99 on a new two year contract and it’s going to feature some fairly average specifications including a 3.8-inch device at the usual 480×800 resolution, Android 2.2 Froyo, and a 5MP rear camera. 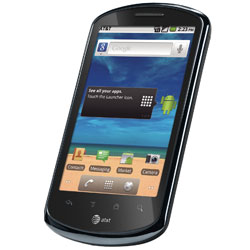 The camera has 720p HD recording capabilities as well.

AT&T will be releasing the Impulse 4G on September 18th and it’s probably worth a look if you don’t want to spend or if you don’t care about all of the latest and greatest features and just want a trusty mid-range device.