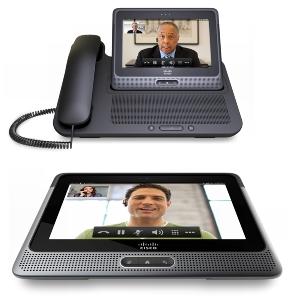 AT&T will be helping Google’s Android platform make a strong push for the enterprise market come this fall when the Cisco Cius tablet will be launched with its corporate push.

Aside from the enterprise-driven communications features of the Cius, which will come pre-loaded with Cisco’s collaboration suite and come with video conferencing with Cisco TelePresence service, the tablet will also tap into other third-party apps. Cisco is also planning on releasing an HD media station accessory and the tablet will come with a removable battery for 8 hours of computing time.

Pricing for the Cius model was not yet announced, but both companies said that the tablet will retail for less than $1,000.

Other enterprise-driven Android products in the past include the Motorola Droid Pro and the Motorola XPRT, the latter is coming to Sprint this summer.