According to a post on XDA-forums, by way of Phandroid, AT&T’s Galaxy S II Skyrocket owners can now access Android 4.0 Ice Cream Sandwich through Samsung Kies.

Samsung Kies can be found through Samsung’s website. Once downloaded, Galaxy S II Skyrocket owners should be able to manually update their device.

At this time, it doesn’t appear that the software is rolling out Over-the-Air (OTA) which means that manually updating through Kies is the way to go right now. 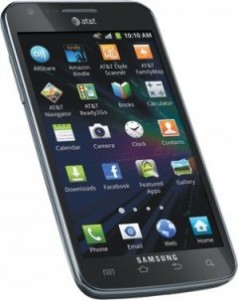 AT&T also updated its original Galaxy S II through Samsung Kies so it wouldn’t be surprising to see the update stick to this method.

What’s unclear is if this just a quick test from AT&T or if this is the real deal. With the Galaxy S II roll out, some owners were able to pull the update before AT&T pulled it back stating that it was testing the software.

The update then returned to Samsung Kies a few days later.

In any event, the ICS update for the Skyrocket appears to be available on Kies right now which means Galaxy S II Skyrocket owners will finally be able to get their device off of the aging Android 2.3 Gingerbread.

Android 4.0 Ice Cream Sandwich will bring a ton of new features to owners including a new user interface, Face Unlock, and more. We expect that the software will bring about bug fixes and enhancements as well that should make the experience on the Galaxy S II Skyrocket an even better one.