As expected, the AT&T Samsung Galaxy S4 has begun arriving on the doorsteps of those who pre-ordered the device and it comes just a few days before the device is scheduled to land in physical retail locations for consumers to buy.

Earlier this week, we learned that AT&T would be shipping out Samsung Galaxy S4 pre-orders earlier than the listed April 30th shipping date that it initially gave to those who ordered. Instead of waiting until April 30th, AT&T promised that consumers who ordered early would see their devices ship out for arrival on or around April 25th. 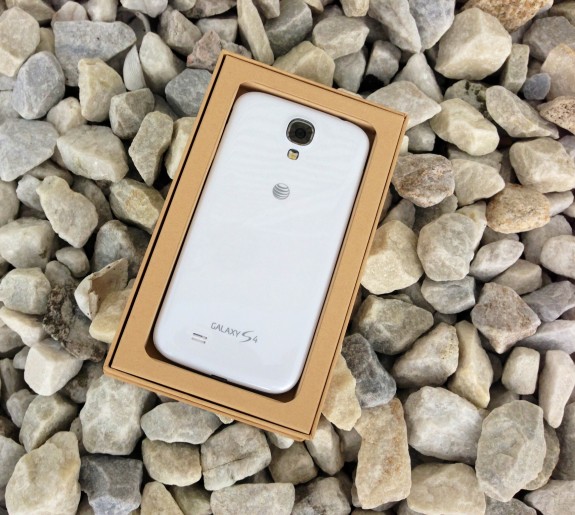 The AT&T Galaxy S4 has arrived early, ahead of its release.

We can now confirm that AT&T Galaxy S4 handsets have started arriving on doorsteps of those who ordered the device and it means that the Galaxy S4 release in the United States has officially landed as AT&T becomes the first carrier in the U.S. to put the device into the hands of consumers.

The arrival comes just two days ahead of the official Galaxy S4 release on AT&T which will be taking place on April 27th when the device officially goes on sale online and in-stores. As of right now, the device is listed as shipping out by April 30th so it’s unclear if that will change once April 27th rolls around. At this point, given all of the inventory issues that carriers have been experiencing, we wouldn’t expect it to. 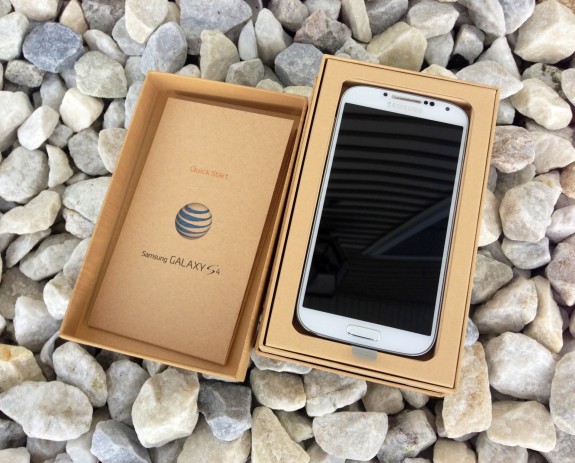 That said, the Samsung Galaxy S4 for AT&T is now here and it looks very much like an AT&T Galaxy S4 should. Like the HTC One, it features only minimal branding leaving for a clean, design that should delight those who have either ordered or are thinking about ordering the device.

AT&T is currently offering the device in both black and white though the model seen here is its White Frost color. Samsung has not yet said if other colors will debut in the U.S. so for now, white and black are the only options.

The Galaxy S4 is set to go on sale on a number of carriers in the weeks ahead starting with AT&T, Sprint and U.S. Cellular, followed by T-Mobile and Verizon, the latter of which won’t have the device until May 30th.