The Samsung Galaxy S4 is just days away from hitting the United States but still, there are quite a few pieces of the puzzle missing. And while many carriers have explaining to do, its AT&T, which is currently offering the Galaxy S4 on pre-order, that looks like it has the most baffling Galaxy S4 launch of them all. 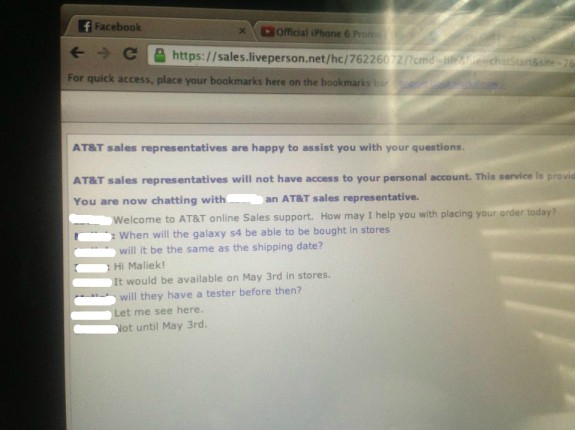 Will the AT&T Galaxy S4 arrive on May 3rd? Who knows.

Those, along with the many other blunders along the way, have contributed to an AT&T Galaxy S4 launch that has left the public baffled.

Confusing, Across the Board 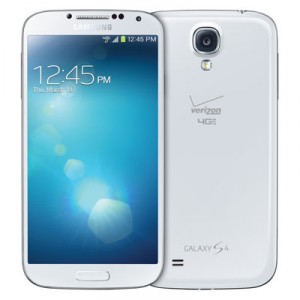 Other Galaxy S4 launches have seen trouble as well.

In March, AT&T joined the four other big name carriers in the U.S. including Verizon, Sprint, T-Mobile and U.S. Cellular in announcing the Samsung Galaxy S4 for arrival on its 4G LTE network. The device, like the others, will sports a large 5-inch 1080p display, quad-core processor, 13MP camera, Android 4.2 Jelly Bean operating system and more.

Despite launching in the United States for the first time, Samsung’s latest Galaxy S smartphone has not launched without a hitch. In fact, there have been problems abound.

We’ve seen U.S. Cellular start taking pre-orders for the Samsung Galaxy S4 without a release date, only saying that it would be arriving at some point in the month of April. We saw T-Mobile announce a May 1st release date only to pull a fast one, a good fast one at least, and reveal that that was the in-store date and that it would be available online much sooner.

We’ve seen Sprint announce the Galaxy S4 for $250 on-contract, expect for those bringing over a number from another carrier. We’ve seen a lot of talk out of smaller carriers like C Spire and Cricket Wireless but no specifics in terms of pricing or release date.

We’ve also seen Verizon wait until today to say anything about its Samsung Galaxy S4, finally confirming it for arrival in May, but leaving out any pricing or a specific date. Suffice to say, this is yet another, bungled, confusing Android smartphone launch.

However, despite the aforementioned blunders, AT&T has seemingly topped them all, in what might wind up being considered the most confusing, most baffling Galaxy smartphone launch of all time.

In the days after the Galaxy S4 launch, AT&T became one of the first carriers to confirm specific information about the device. In a press release, the company confirmed that the device would arrive for $250 on-contract. That price, $50 more expensive than the Galaxy S3 16GB’s starting price, led many to wonder if AT&T had jacked up the price or if that pertained to the 16GB model.

AT&T danced around the issue in the weeks after, until it finally cleared things up by stating that the 32GB model would cost $250 and the 16GB would come in at the usual $199.99 price.

Whether or not that was AT&T’s original intention remains to be seen but it was the first of many missteps that the device has taken on its way to launch.

Along with confirming the new price, AT&T said that it would be taking pre-orders for the AT&T starting April 16th. AT&T made the announcement on April 3rd, leading many to believe that we’d see a release date emerge along with the pre-order.

Two days ago, AT&T began taking pre-orders for the Galaxy S4, without a release date leaving many to wonder when exactly they might be getting their new hardware. 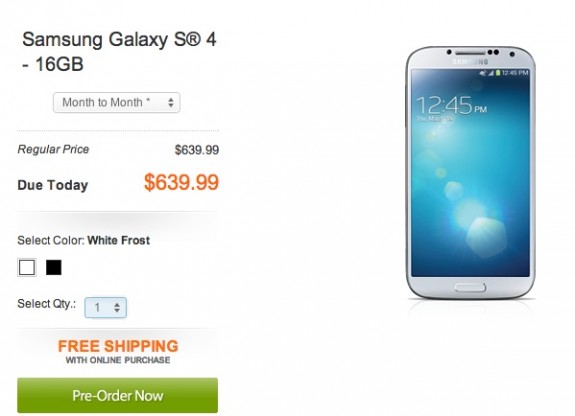 AT&T is currently taking pre-orders, without a release date.

AT&T currently says that it will be shipping the Galaxy S4 out on April 30th and customer service representatives we’ve talked to claim that those who pre-order will get their device in early May, possibly on May 3rd. Keep that date in mind, it will be important later.

So, unlike on Sprint, where pre-orderers are given a specific April 27th release date, those who order through AT&T are in the dark, left with a shipping date.

Earlier this week, Staples confirmed that it would be carrying the AT&T Galaxy S4 starting on April 26th in its stores. A leak also indicates that Radio Shack seems to be planning an AT&T Galaxy S4 release for April 24th. We’ve reached out to Radio Shack to confirm that date but haven’t heard back yet. The Staples date on the other hand appears to be set in stone. 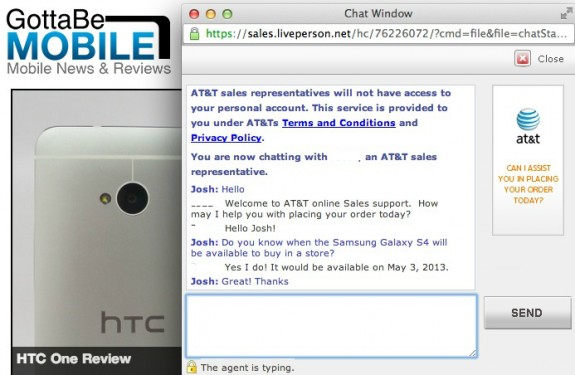 AT&T reps claim that the Galaxy S4 will arrive in stores on May 3rd.

Gotta Be Mobile was tipped off to a supposed AT&T release date given by a live chat agent on AT&T’s website. That chat agent excitedly exclaimed that the Galaxy S4 release date, in-stores, was May 3rd.

Going off that tip, we decided to ask around ourselves and lo and behold, several representatives confirmed May 3rd as the AT&T Galaxy S4 release date. Other reps simply said that that might be the day that pre-orders would arrive and others simply said they did not have a date to pass along.

So here’s what’s so baffling: